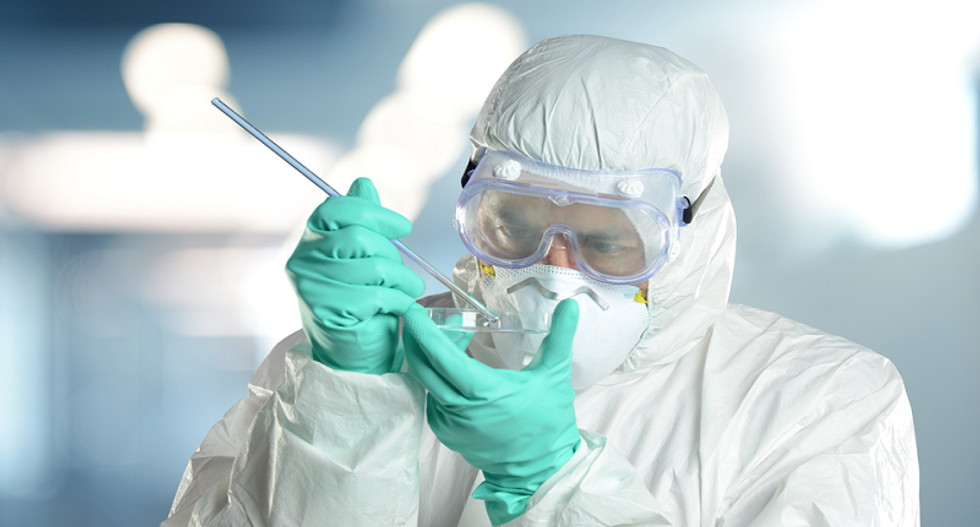 Despite biological hazards like Zika, Ebola and anthrax continuing to threaten Americans and people worldwide, President Donald Trump still hasn't filled key positions that would prevent or respond to these and a plethora of other "bioterrorist" threats.

According to the Washington Post, the Trump administration still hasn't filled 26 jobs across multiple government agencies "that are vital for national decision-making about how to prevent, detect and respond to bioterrorism threats." Many of these positions include those that fund and plan medical "countermeasures" to both natural threats like Ebola and chemical ones likes anthrax.

The positions could also help prevent deaths like the "hantavirus" that killed three people in Washington state this week.

As a report from earlier this week reveals, lab made chemical agents like those found in North Korea have increased worries about what America's enemies may use against them -- and with the Trump administration dragging its' feel on these essential anti-bioterrorism positions, those dangers increase exponentially.

The rank and agencies of these positions range from the director of the White House Office of Science and Technology Policy (which doesn't even have a nominee) to the unconfirmed surgeon general, multiple assistant State Department positions and others in the departments of defense and Homeland Security.

Trump has also failed to fill a single position in the White House's science division.