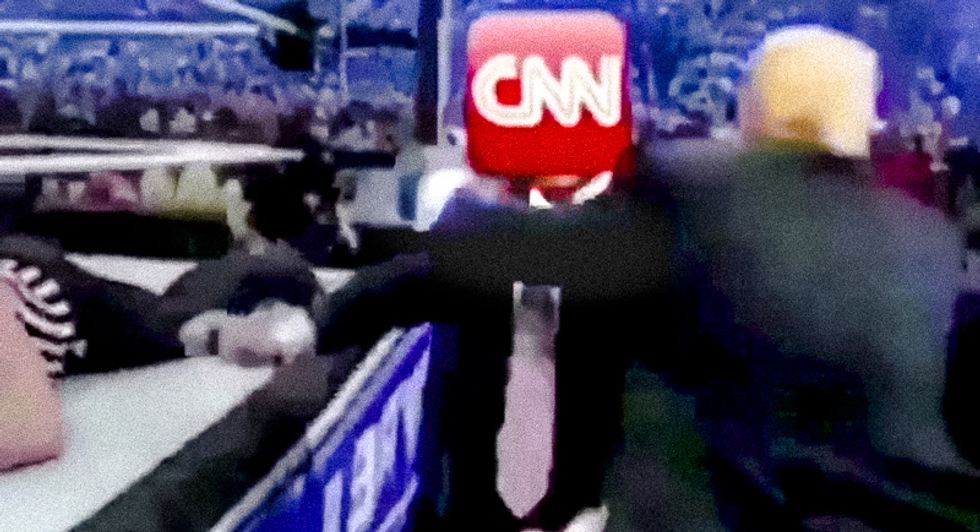 According to a senior administration officials who spoke with the New York Times, the president’s contentious relationship with CNN “remains a wild card” in the pending Time Warner-AT&T merger. The Justice Department, led by Attorney General Jeff Sessions will decide whether to approve the deal. Despite previously saying he would oppose the merger, Trump's antitrust pick has argued it would not violate antitrust laws, as arsTechnica reports.

The Times report—a profile of the CNN’s president Jeff Zucker—comes in the wake of heightened tensions between Trump and the network. On Sunday, the president tweeted a much-maligned gif of himself fake-clotheslining a professional wrestler with “CNN” in place of his head.

“He’s trying to bully us, and we’re not going to let him intimidate us,” Zucker said of Trump in that interview.

Vox's Matthew Yglesias warned shortly after the election that the Trump administration would use the AT&T-Time Warner to influence CNN's coverage.

"Trump is not going to crush the free media in one fell swoop," Yglesias wrote. "But big corporate media does face enough regulatory matters that even a single exemplary case would suffice to induce large-scale self-censorship. AT&T, for example, is currently seeking permission from antitrust authorities to buy Time Warner — permission that Time Warner executives might plausible fear is contingent on Trump believing that CNN has covered him 'fairly.'"

He also warned that Trump could make good on his promise to punish Jeff Bezos, who owns both the Washington Post and Amazon, for unfavorable reporting by pressing a Federal Trade Commission investigation of the online retailer’s predatory pricing.