'Unlike anything I could have imagined': Dan Rather laments 'grotesque' revelation of Don Jr.'s emails 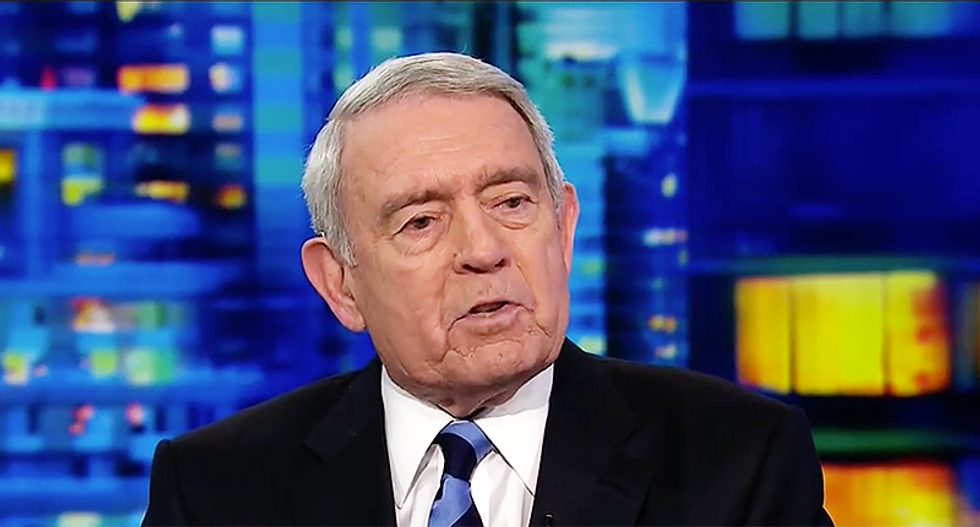 Famed journalist Dan Rather on Tuesday reacted to Donald Trump Jr.’s bombshell emails showing a willingness to collude with Russia to bring down Hillary Clinton, writing the revelation “is unlike anything I could even have imagined.”

Trump Jr. released the emails via Twitter on Tuesday in an effort to scoop an upcoming New York Times report which contained their contents. Rather took to Facebook shortly after Trump Jr.’s post to lament the “carnival mirror” being “held up to American democracy, distorting everything we thought we knew into grotesque new shapes."

“The questions are obvious,” Rather wrote. “The answers are wanting … And the evidence is piling up.”

Rather pointed out that the emails of a meeting between Trump Jr., former campaign manager Paul Manafort and Trump’s son-in-law Jared Kushner with an agent of the Russian government cannot be ignored.

“Only a hypocrite, a cynic or a fool could argue that this development can be innocuously explained,” Rather wrote.

“We need a reality check,” he continued. “This is decision time, especially for our elected officials. Which side of history will you be on?”