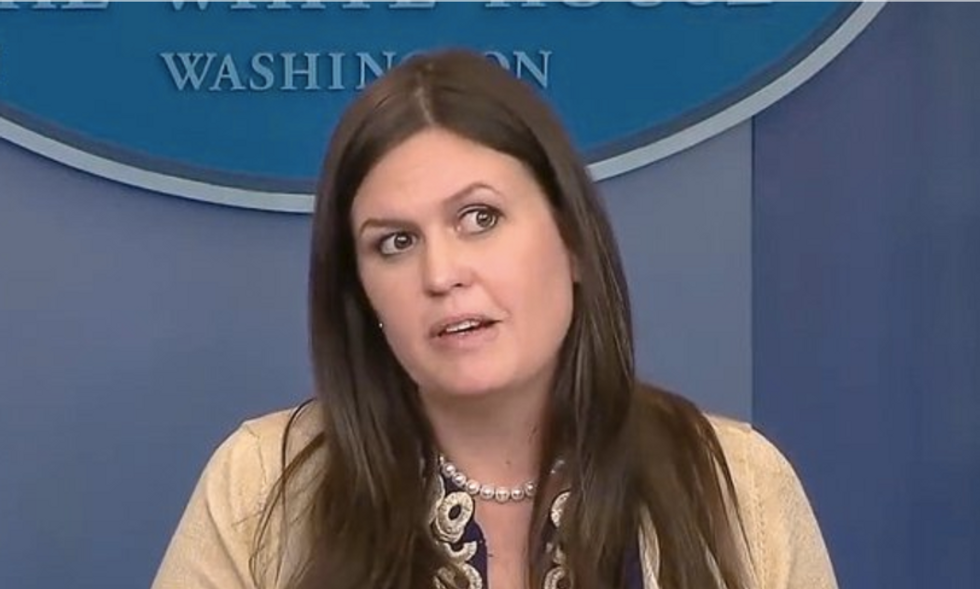 White House Press Secretary Sarah Huckabee Sanders on Wednesday was peppered with questions about President Donald Trump's impulsive decision to announce that he supported a ban on all transgender military members without offering any details of what the policy might entail.

At the start of the briefing, Sanders was asked whether Trump's announcement meant that all transgender people currently serving in the military would have to immediately quit their posts -- and the press secretary replied that she had absolutely no idea, and that details still needed to be worked out.

Despite this, Sanders repeatedly defended the president's policy as one based on military preparedness throughout the briefing, while denying that the president barred transgender service members to use it as a political wedge issue.

After this, she grew tired of answering questions about the president's newly announced policy and threatened to cut off the briefing entirely if such questions didn't stop.

"If those are the only questions we have, I'm going to call it a day," she said. "But if we have questions on other topics I'll be happy to take them."

Sanders' threat to end the briefing was empty, however, as she continued to answer questions about Trump's transgender military service.