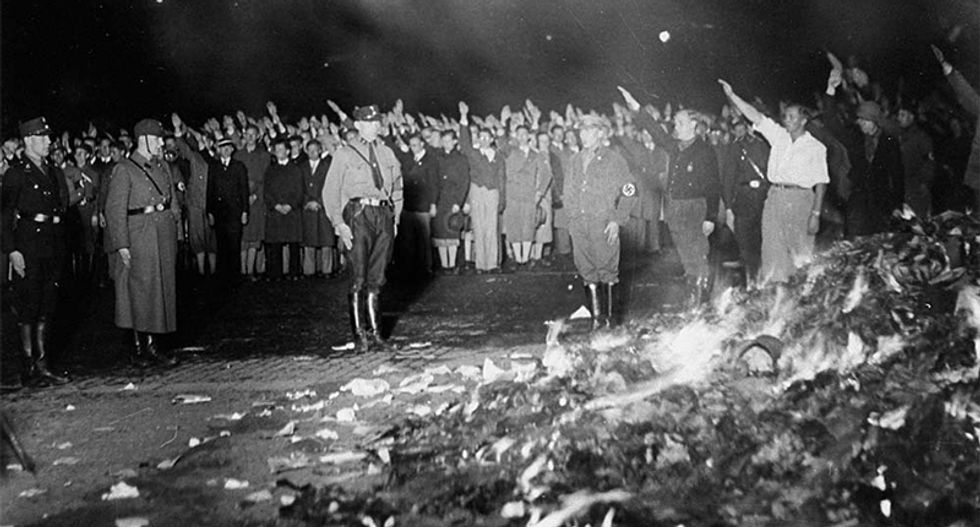 Juan Cadavid organized a book-burning event with Brian Enright of the Three Percenters to be held at Huntington State Beach in California. The event was dubbed "Burning Degeneracy - CA," but they have recently decided to cancel the event out of fear.

According to The OC Weekly, the group advertised the Aug. 19 event by telling people that it was time to "purge their homes, State, and country of degenerate literature."

"This includes literature of Marxism, Communism, Bolshevism, literature with liberal, democratic tendencies/attitudes, and writings supporting the decline of Western Culture," the event description read. "Books on sexuality and sexual education which serves to indoctrinate the life of degeneracy, such as Cosmo and Teen Vogue should be brought to the fire as well. We will also burn the Koran, publications such as Karl Marx, and more. We must create a future without degeneracy for our children."

As news of the event spread across California liberal groups on Facebook, people gathered to troll the event page. Citing President Donald Trump's use of the term alt-left to allege a violent uprising was happening among liberals that is akin to Nazis, Cadavid's group canceled the event and deleted their page.

"I do not want to go into a long explanation at this time," Cadavid began. "The event was in no way intended to eradicate these publications, more a symbolic way of showing that we do not approve of what is being taught to our children and maybe that should have been made clearer, I do not endorse the censorship of literature or personal political views in any way."

He alleged that the "credible threats of violence from the left" prompted him to cancel.

"Free speech in America is under attack and as much as I do not want to shut this event down due to strong personal convictions regarding free speech, I cannot be responsible for injury or death due to intolerance from the violent Socialists," he closed, according to OC Weekly.

Book-burning was used by the Nazis to censor cultural, religious, or political opposition, according to The U.S. Holocaust Memorial Museum. In 1933 Germany, Nazis "aimed to synchronize professional and cultural organizations with Nazi ideology and policy," the museum explained. "The government purged cultural organizations of Jewish and other officials alleged to be politically suspect or who performed or created art works which Nazi ideologues labeled 'degenerate.'"

Cadavid used the same language in his event description of the book burning.