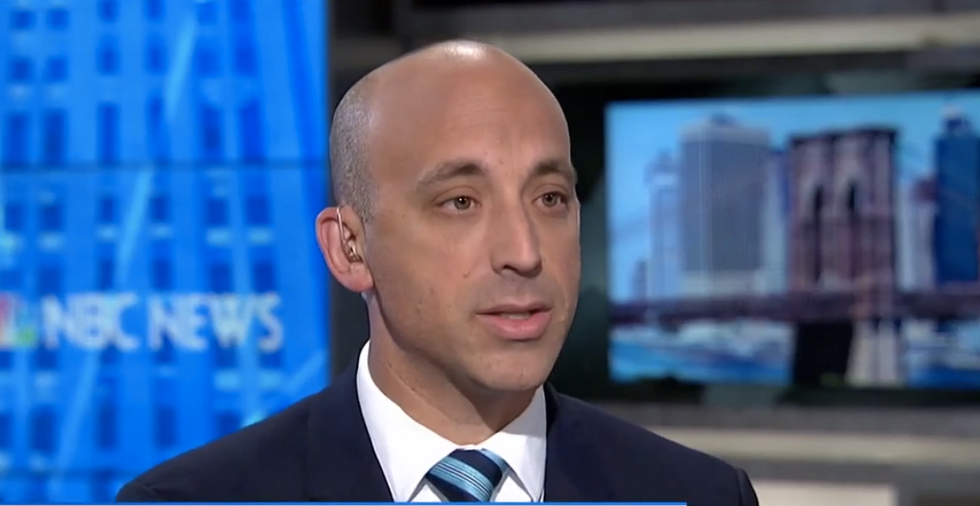 Jonathan Greenblatt -- CEO and National Director of the Anti-Defamation League (ADL) -- told MSNBC anchor Thomas Roberts on Sunday that the idea of a violent "alt-left" is a right-wing myth and that there is no equivalency between the violent hate groups of the right and the people who resist them.

In response to President Donald Trump's assertion that there are "fine people" on both sides of the neo-Nazi question, Greenblatt said, "There are no fine people among the ranks of Nazis. Then they tried to divert the conversation to the quote-unquote 'alt-left,' but look, there is no comparable side on the left to the 'alt-right.'"

The alt-right, he said, "are white supremacists who amass with an idea of pushing a nationalist agenda that pushes out minorities based on how you pray, who you love or where you're from. So, it's really not comparable."