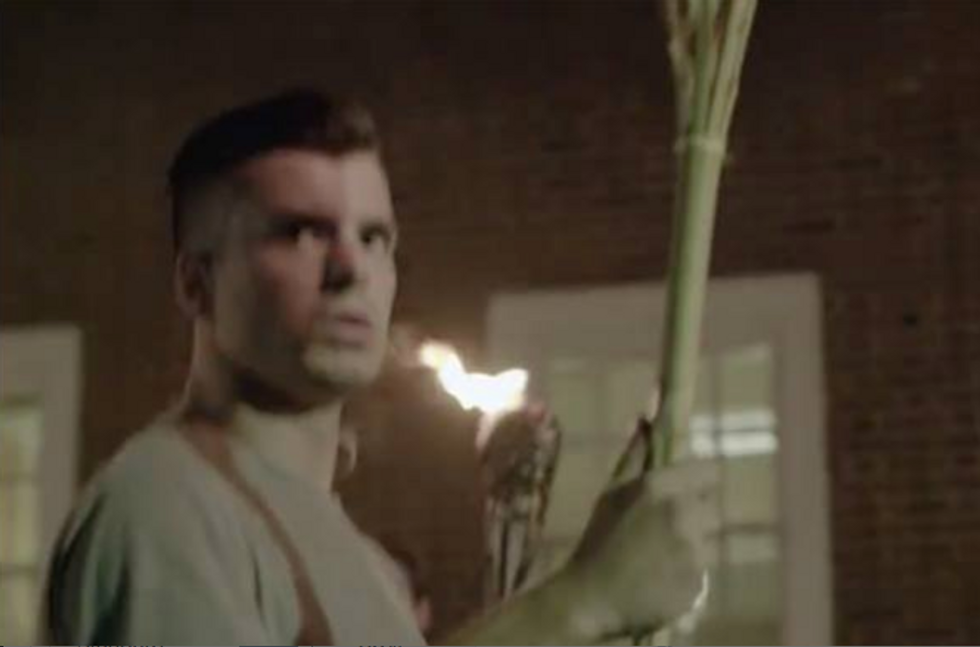 Another white supremacist marcher has been identified, this time by fellow graduates of the St. Louis, MO high school that he attended.

Canepa appeared in a video shared by Vice News in the wake of the lethal violence that took place on Saturday. Classmates recognized him and began to spread the word.

In the video, Canepa is holding a torch and chanting the Nazi slogans "Blood and soil" and "Jews will not replace us."

Sasha Scott, who graduated with Canepa in 2014, said, “Clear shot, absolutely, not only of him marching, but him with a tiki, him chanting, like actively participating. Wasn’t even like it was something he happened to be a part of, he was going out of his way to actively participate and show his support."

When contacted by Channel 4, Canepa said, “It was a fantastic time. Unfortunately, the left wing violence wasn't prevented by the police."

A 20-year-old neo-Nazi plowed his car into a group of anti-racist protesters, injuring 19 and killing 32-year-old Heather Heyer.

On Tuesday, Ladue Horton Watkins officials said they do not comment on the activities of former students, but issued a statement condemning the ideology of white supremacy.

As a proudly diverse school community, we stand behind the rights of individuals to calmly, peacefully, respectfully and productively share their views and opinions. We do not condone or support violence or hatred in any form and stand, as allies, with those who denounce the racist actions and hate-filled rhetoric that were displayed in Charlottesville, VA, this past weekend. Our thoughts and prayers are with the victims and their families.

Canepa is a member of Identity Europa, a white supremacist group that claims to celebrate "European heritage." He said that he does not identify as a racist, but as "an American patriot."

“I attended the rally because the political organization I am with, Identify Evropa, encouraged us to go in support to protest the removal of American History monuments, in this case, the Robert E Lee statue,” Canepa told Channel 4.

The SPLC lists Identity Europa as a hate group that is closely aligned with neo-Nazis and other racist organizations.