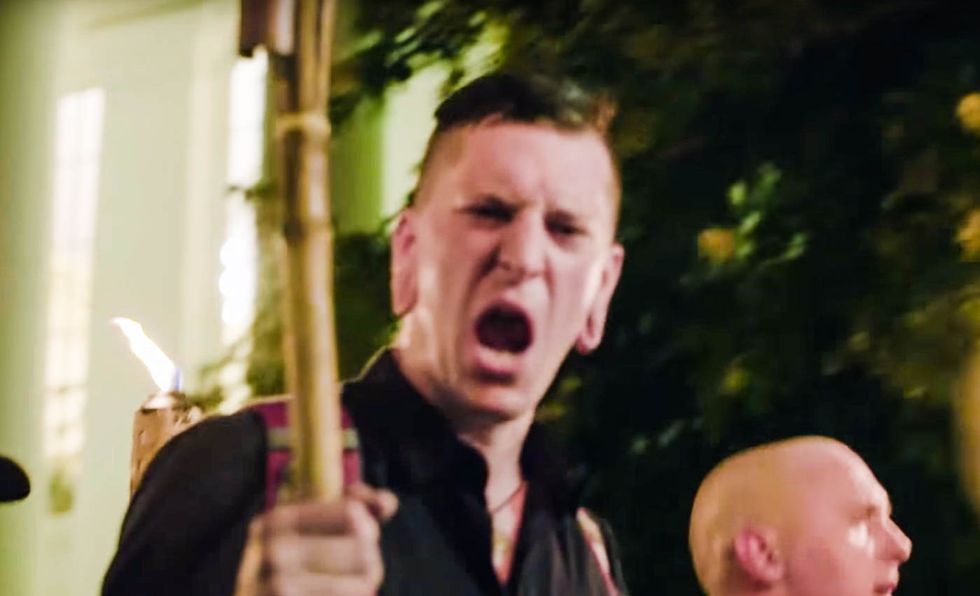 Another day, another Charlottesville white nationalist who finds himself out of work.

The Burlington Free Press reports that Ryan Roy, who had worked as a cook at a South Burlington Pizzeria Uno, was fired from his job after activists identified him as an attendee at last week's white nationalist rally in Charlottesville, Virginia.

"Ryan Roy has been terminated," Skip Weldon, chief marketing officer for Pizzeria Uno, told the publication. "We are committed to the fair treatment of all people and the safety of our guests and employees at our restaurants."

In an interview with the Free Press, Roy decried the liberal activists who got him fired from his job and alleged they weren't tolerant of his belief that white Americans should have their own country that is separate from all racial minorities.

"I think it kind of just proves my point, proves a lot of what I think, not that I needed further proof," Roy said. "I think it’s group think."

Roy freely admitted to attending the rally, which he said was designed to advocate turning the United States back into a "white" country.

"Obviously I would advocate for racial separation and racial nationalism or repatriation or even a return to — our country was a white country up until the 1965 Hart-Celler Immigration Act," he said.