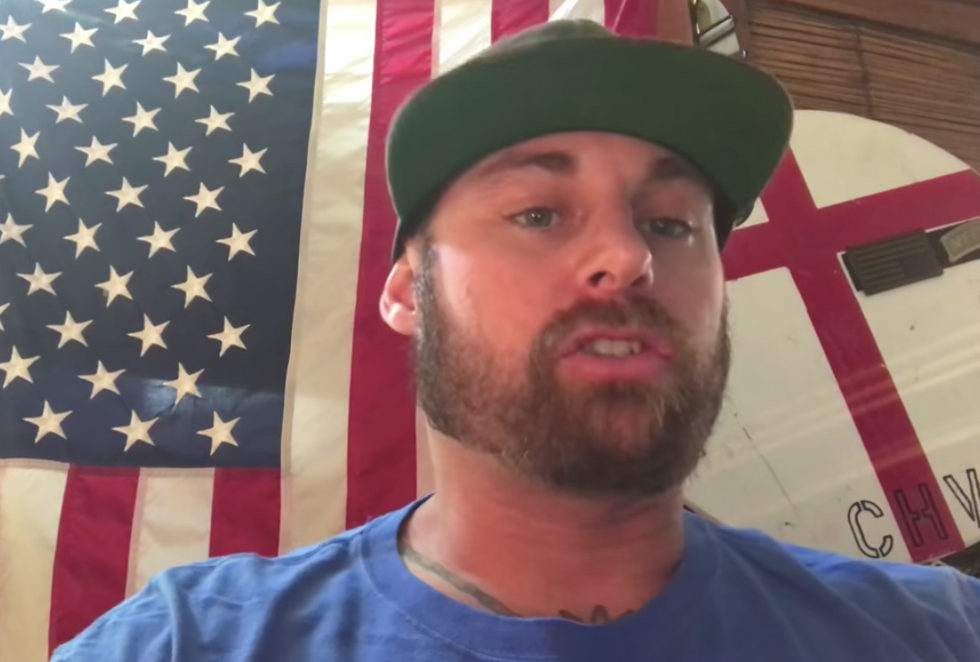 Vicious infighting and internecine backbiting have riven a California white supremacist group with one leader challenging another to a no-holds-barred Mixed Martial Arts (MMA) fight.

Now, the alt-weekly newspaper The OC Weekly is offering a $1,000 prize to whoever wins that fight, should it ever take place.

"Whatever the Alt-Right lacks in organizing prowess, it sure makes up for in drama," wrote the Weekly's Gabriel San Roman. "After being vastly outnumbered at rallies in Boston, Laguna Beach and Berkeley, the movement is circling the drain with rampant infighting."

The story centers around members of the Fraternal Order of Alt Knights (FOAK)'s Orange County, CA chapter, which has been riven by internal strife since Saturday's rally at the University of California Berkeley fizzled.

On Monday, the current leader of OC FOAK Dennis Luke -- who goes by the handle "Based Skywalker" -- published a YouTube video challenging former group commander Juan Cadavid to a fight.

Cadavid -- also known as "Johnny Benitez" -- quit OC FOAK claiming he wants to focus on event planning for white supremacists and other far right factions. Luke claims that Cadavid was actually forced out of the chapter for being a media grandstander and self-promoter.

"He didn't step down he was kicked out," Luke said on Facebook and said that the command to remove Cadavid came directly from FOAK's leader, Kyle Chapman -- aka "Based Stickman."

Some among California's far-right factions have accused Cadavid of being a liberal plant whereas others just say he's exploiting the movement for personal gain. He has tangled with other white supremacists and men's rights advocates like Proud Boys founder Gavin MacInnes.

OC Weekly said, should the fight between Luke and Cadavid ever happen, they'll put up a $1,000 prize, but said, "Actually, we don't want to fund any of your games, so we'll donate the prize to a charity doing good work, like helping U.S. veterans returning from wars abroad. That's something we can all agree on, right?"