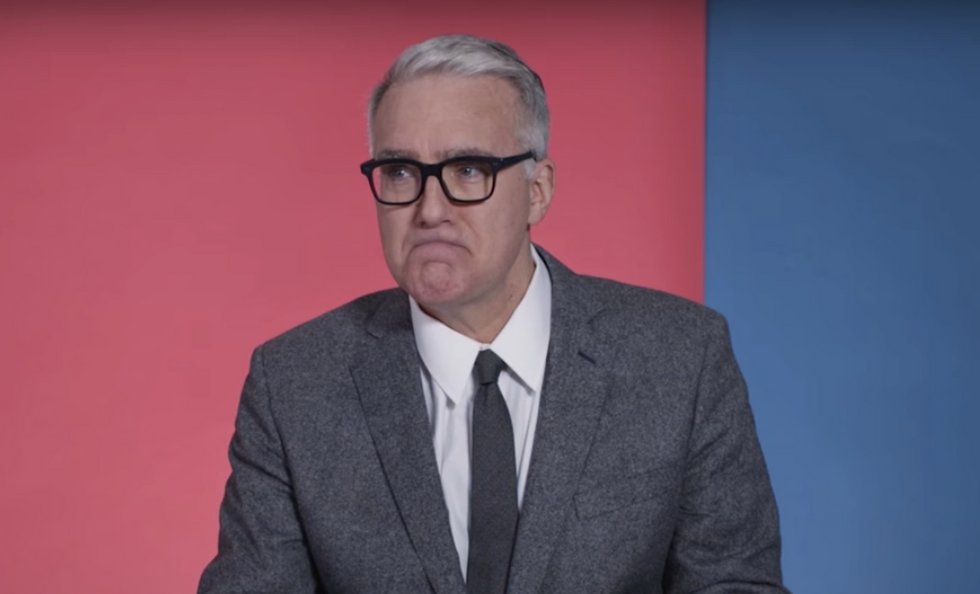 In the opening lines to Monday night's installment of "The Resistance," Keith Olbermann said what we've all been thinking watching the president announce his plans for his new Afghanistan policy.

President Donald Trump's "chest-thumping, robotic appeal to bloodlust speech," Olbermann noted, was issued mere days after the president's now-infamous "that's too bad" response to a Navy ship collision -- and less than two weeks after he'd "forgotten" about his beef with North Korea.

"We still do not know if Trump was serious about North Korea, or if he was bluffing, or if he was diverting from his own White House in crisis, or if he understands he was playing into Kim Jong-un's standard operating procedure of dangerous braggadocio," he continued.

That the Chinese government was "chillingly calm, direct and rational" in their promise to defend North Korea if Americans strike the country first, Olbermann said, further highlights just how childish the American president is.

"The part Trump and his apologists have not discussed, and what many of his critics have not figured out, is that if the Chinese get involved, merely proportionately, the next news might be that Alaska has been leveled," Olbermann warned.

"Tragically, and with existential irony, there yet remains a way to stop Donald Trump" from starting a nuclear war with China, North Korea, Venezuela or "whatever other country he has just learned the name of," Olbermann said.

"They are the elected Republican congressman and senators, and they can go the short route and get the members of of Trump's cabinet who are not as insane as he is to begin proceedings under the 25th Amendment to remove Trump from the presidency because he is not of sound mind," Olbermann concluded.

Watch the entire impassioned speech below, via GQ.