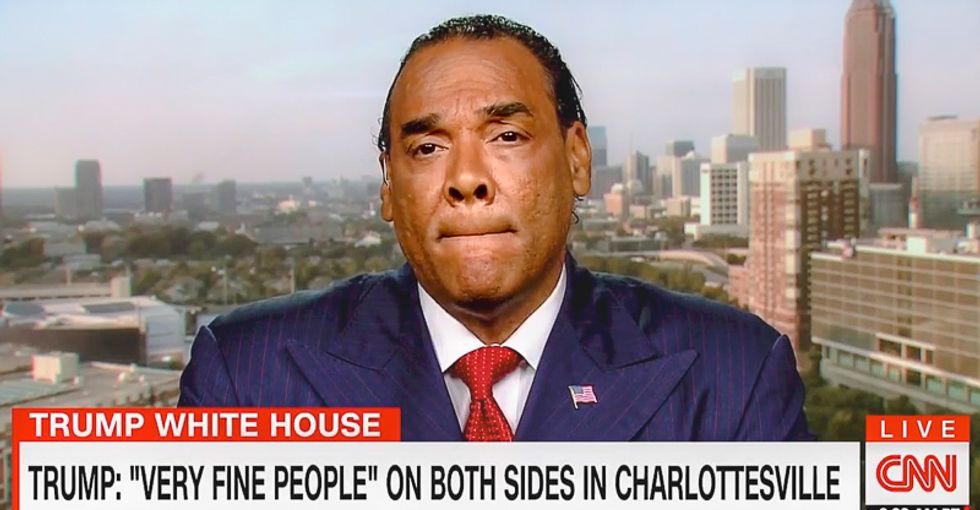 Bruce LeVell, executive director of the National Diversity Coalition For Trump, insisted on Wednesday that the commander-in-chief was right to defend people who attended the recent racist demonstrations in Charlottesville, Virginia.

During a Wednesday morning segment on CNN, LeVell told host John Berman that he stood by his earlier remarks that the president was "entirely correct" when he stood up for the Nazis, Klansmen and others marching to protest the removal of a Confederate statue.

LeVell noted that he could only make "assumptions" about what was in "the president's mind."

"I know the president," he continued. "I know his heart was that where you're assembling, the fine people are the ones that have intentions to go and whatever they're protesting, no matter where you are in the world and want to assemble peacefully."

"You are good when you don't harm or shoot someone," LeVell agreed.

"Are you good when you stand alongside people chanting antisemitic slogans?" Berman pressed.

"Well, no, I don't like it," the Trump defender admitted.