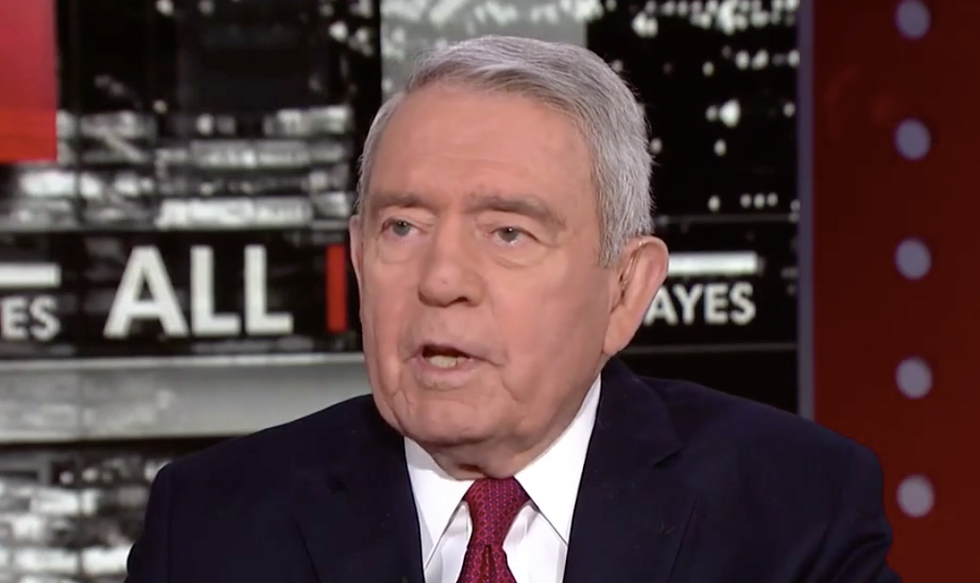 Veteran journalist and former CBS Evening News anchor Dan Rather said on Wednesday that no matter how bellicose and defiant President Donald Trump acts, he is seriously afraid of Special Counsel Bob Mueller's Russia probe and what it might reveal.

"This is unique like so much with President Trump's presidency," Rather said. "We have never had a first-term president get off to such a chaotic, unsteady start as this. The general pattern is the president is most popular when he first comes into office and then in the nature of things, his popularity declines. But what you're seeing with President Trump -- and I think it's very clear, Chris, it's not a Democrat or Republican assessment. It's not a biased assessment."

"Donald Trump is afraid," he continued. "He's trying to exude power and strength. He's afraid of something that Mueller and the prosecutors are going to find out. What you're seeing time after time is a president who is, within himself, seized with fear."

"That's going to be a political hurricane out there at sea for him -- we'll call it 'Hurricane Vladimir,' the whole Russian thing," Rather said. "It's still pretty far out at sea, but each day...it's building in intensity."