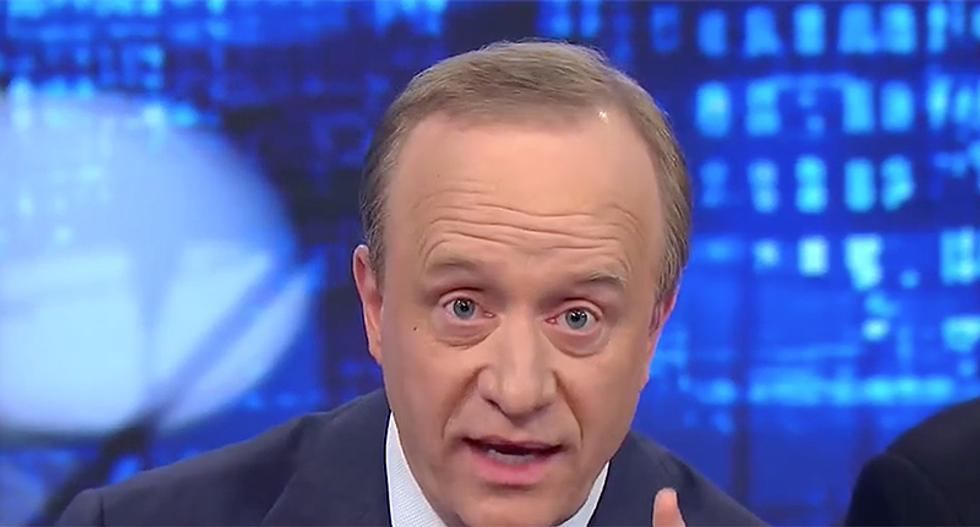 After a late-night presidential pardon of Sheriff Joe Arpaio by Donald Trump, Bill Maher's political panel ripped into the decision. However, it was Democratic strategist and CNN commentator Paul Begala that came up with the major reason Trump pardoned Arpaio: To prove he'll do it for those involved in the Russia scandal.

Matt Welch, editor-at-large for Reason Magazine, pointed out that Trump said that Arpaio was simply "doing his job." However, there were many ways in which Arpaio was violating the Constitutional rights of American citizens, "in defiance of a court order," which is in direct violation of law enforcement.

"So if you're going to go and suspend the normal process to pardon that guy, you're saying -- you're telling ever law enforcement officer in the country, look, civil liberties don't really matter here as long as you're going after illegal immigrants"

Former White House senior director Nayyera Haq said that Arpaio's pardon is an insight into "the ideology that Donald Trump might have." She explained "it's not a Republican or a conservative ideology, it's an ideology that serves him and as an autocrat, right? He attacks the fourth estate and media and tries to break that down, removes trust that people can have with media as their protector."

She noted that Trump has already been taking shots at the judicial branch of government and calling it an "activist" judiciary. She explained that the courts have been the last place people of color and the disenfranchised can go for help on civil liberty issues.

"So, by pardoning Joe Arpaio, a vigilante who flouts the rule of law, Trump has said it no longer matters if you are holding to a standard or a rule of law," Haq said.

She went on to say that it is very scary for people of color when there is nowhere else to go for recourse if the courts aren't there to protect you and "the president is going to override the judicial system."

Maher joked that Trump doesn't even need to build the wall because the country has become so unfriendly to people of color that they don't even want to come here.

Begala corrected to say that long before Trump took office those numbers were going down and that Trump's wall will likely only slow down their departure. "Maybe mine, I don't know," he joked.

"On the Arpaio thing, yes, he has a soft spot for white nationalist, we all knew that," Begala continued. "And yes he wants to flaunt the rule of law and he's an autocrat wannabe. I think there's another game here he's playing. He wants to send a signal to the targets of the Mueller investigation that 'if you hold tight and don't roll on me, I'll pardon you.' Because Mueller is going after Trump associates first."

Begala's comment took Maher by surprise and the two agreed that "all roads lead to Russia with this guy."

"It's the Rosetta Stone of his poor mangled brain is always thinking about Russia," Begala joked.

Maher said that it makes perfect sense, because Trump did what he always does. "He owed Russia money and he didn't want to pay them so he gave them America."

'No rule of law': Maher panel perfectly nails... by sarahburris