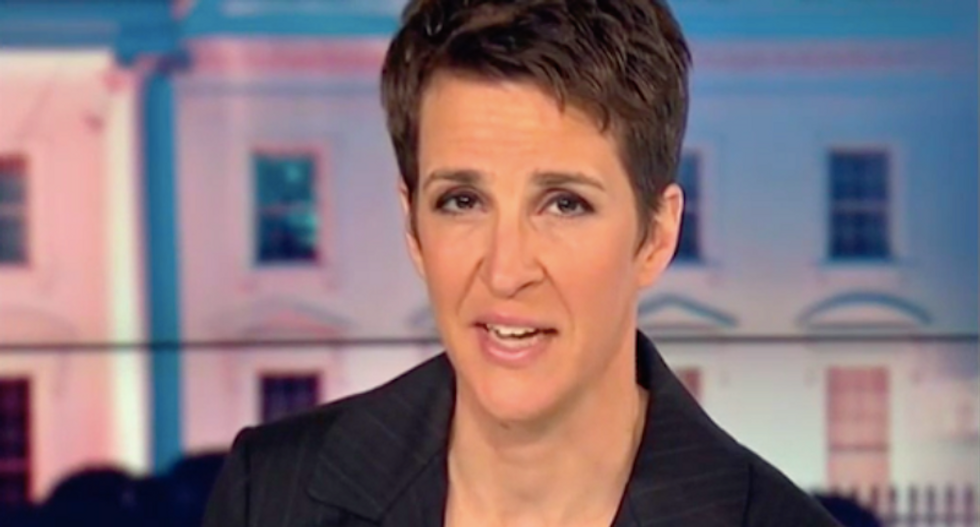 The "Rachel Maddow Show" on MSNBC broadcast an in-depth look at why President Donald Trump has yet to begin preparing a legal defense for his business dealings.

Maddow explained how a 1980's audit by New York City found that Trump had short-changed the city out of $2.8 million owed as part of a deal Trump made to avoid paying over $150 million in property taxes.

"The audit did get done, it was very ugly. All sorts of shenanigans went down," Maddow noted. "At one point Trump offered a job to the Auditor's brother, so he could come work at the Trump organization."

"If you are wondering why, as President Donald Trump is behaving strangely when it coming to the special counsel investigation, consider that the potential legal exposure of his financial dealings as a businessman, if that's where the special counsel's investigation is going," Maddow suggested. "That would be something almost unprecedented in his entire 71 years of life."