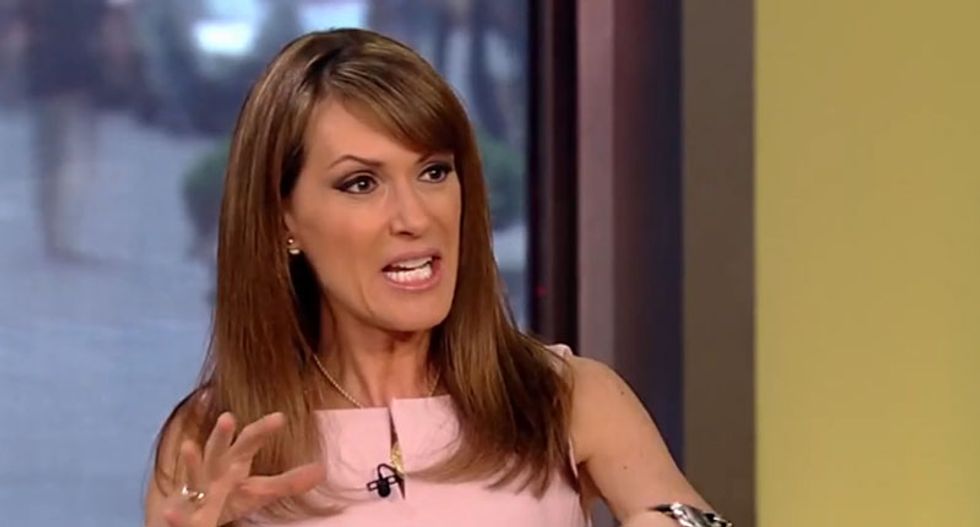 Fox Business anchor Dagen McDowell on Friday unloaded on Republicans over their constant in-fighting, which has prevented them from passing any major legislation.

During a segment on Fox News' Outnumbered, the panel discussed President Donald Trump's recent suggestion that he was open to seeing Sen. Mitch McConnell (R-KY) be replaced as Senate majority leader.

"Is it smart for the president, if you're looking at strategy, is it smart for him to try and potentially throw Mitch McConnell under the bus?" asked co-host Gillian Turner.

"You're getting ahead of yourself," shouted McDowell. "You have to keep the government open and avoid a debt default by the end of the month. I'll predict this -- this ain't getting done this year. This is a disaster. And by the way to call Mitch McConnell a leader is a misnomer because he is not leading."

The panel then turned to other senators who don't support all of Trump's agenda.

"What doesn't help is when you have senators like Susan Collins and Lisa Murkowski who run against Obamacare and then they vote with Democrats," Hegseth said. "There are the ones shooting inside the tent, this president wants to do all the things they said they wanted to do on the campaign trail -- yet because he is a little bit different, he's outside the box, he speaks differently, they can't get behind him?"

"With Obamacare repeal and replace the president basically said, for better or worse, just have at it do what you've been working on for the last seven years and I'll sign whatever you put in front of me," McDowell said. "And they still can't get it done."

"You talk about eating each other?" she continued. "The problem is President Trump, when he was running for the nomination, he gobbled up Republicans right and left like M&M's. Little Marco, lyin Ted, low-energy Jeb -- he decimated, I mean he destroyed the party and they resent it."