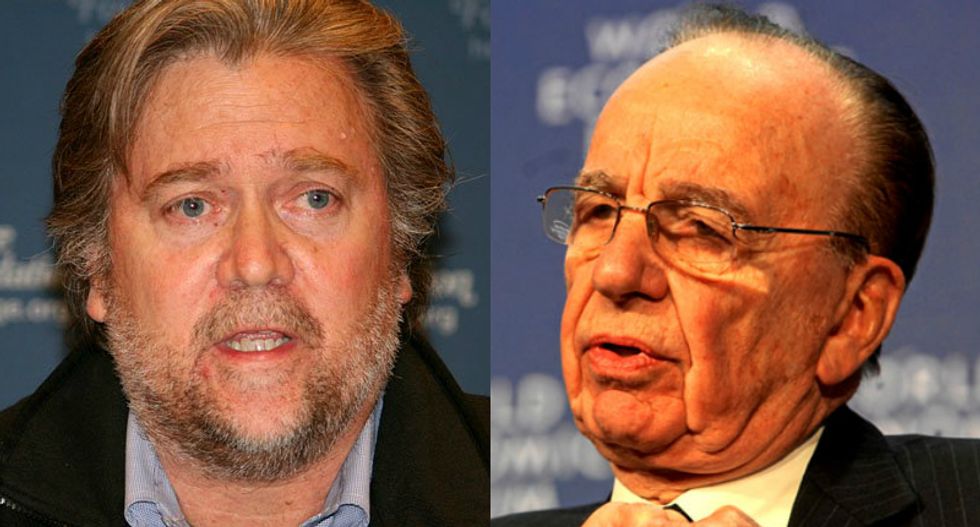 Criticisms about the alt-right following the violence at Saturday's "Unite the Right" rally have reached such a fever pitch, even Rupert Murdoch is denouncing the White House's connection to them.

According to a New York Times report about Steve Bannon's potential ouster, Murdoch has been agitating for the former Breitbart CEO's firing for months.

According to the Times, Trump entertained comments from Murdoch claiming that Bannon must be fired. The report went on to cite an anonymous source who was at the dinner, who claimed that the president "offered little pushack."

The report also said Murdoch's relationship to Trump's son-in-law and adviser Jared Kushner (who is "at war" with Bannon) be the basis of the Fox News co-founder's dislike.