'Get back in the kitchen!': Golfers' racist and sexist attack on women players sparks massive fairway brawl 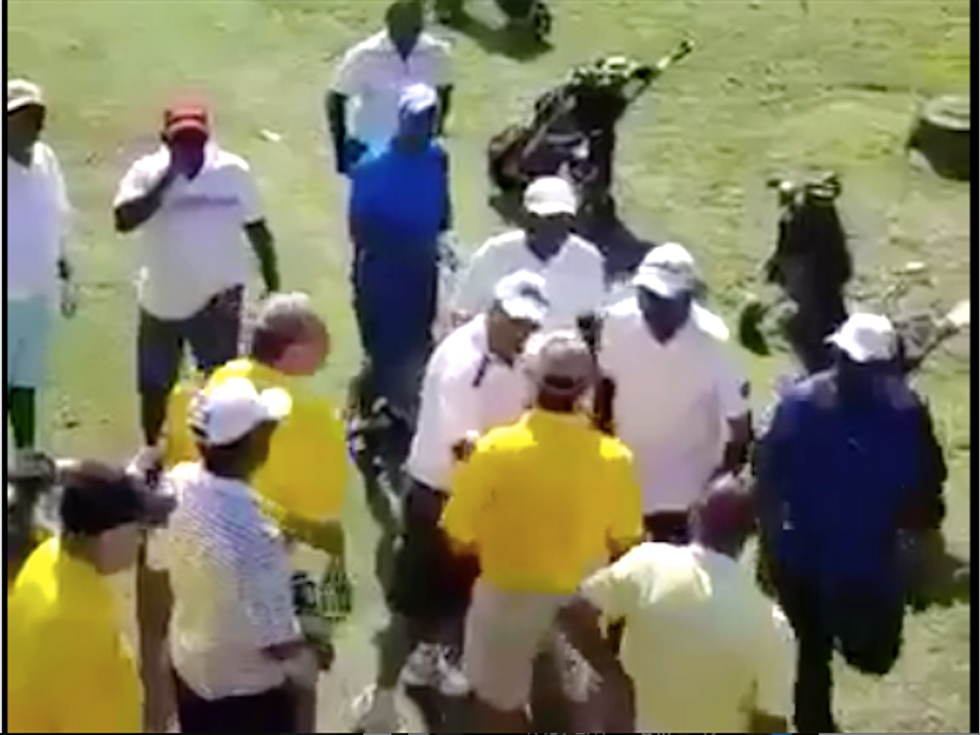 A brawl erupted on a golf course this week when a male golfer told a woman player to "get back in the kitchen" during a dispute over who should play the course's ninth hole first.

The Independent said that the fight broke out at the Athlone Golf Club in Durban, South Africa after a group of eight women golfers arrived at the club on Aug. 5 to find that their "booking times were not allocated."

The women split into two groups and agreed to play on a reduced course, but a group of male golfers reportedly began to harass and attack the women players and their teammates.

"I received a call from one of the ladies who said the group had been assaulted and verbally harassed by a group of men," said the director of the Pink Ladies Golf School to The Independent. "The men told them to go back and cook in the kitchen. I advised her to continue with the game and ignore the incident."

“The caddy came up to me and told me about the incident between the group of men and our ladies. Moments later, we heard a verbal altercation below where we were. I then videoed the incident," she recounted.

The women -- who asked not to be identified after receiving threats and harassment on social media -- decided to leave, but were confronted by the men in the parking lot of the club.

“They saw us and began swearing at us. I told my group to gather their belongings and leave. As a group of lady golfers, all from different clubs, who meet once a month at various courses. In the 13 years of running the Pink Ladies Golf School, I have never been exposed nor been a part of this kind of behavior," said the director.

"The aggressive, sexist and racist comments made by the men are completely unacceptable and goes against every form of etiquette this fine game demands,” she said.

Athlone Club spokesman Lou Zietsman said the club will be taking statements from the men involved, but will not press charges or penalize them.

“This is a public course but we will be taking statements from our members involved in the incident,” Zeitsman said.

A race war is a possibility in SA! pic.twitter.com/W2c6Mfw04H