'Get him out of Texas': Internet torches Trump for boasting about crowd size at hurricane relief event 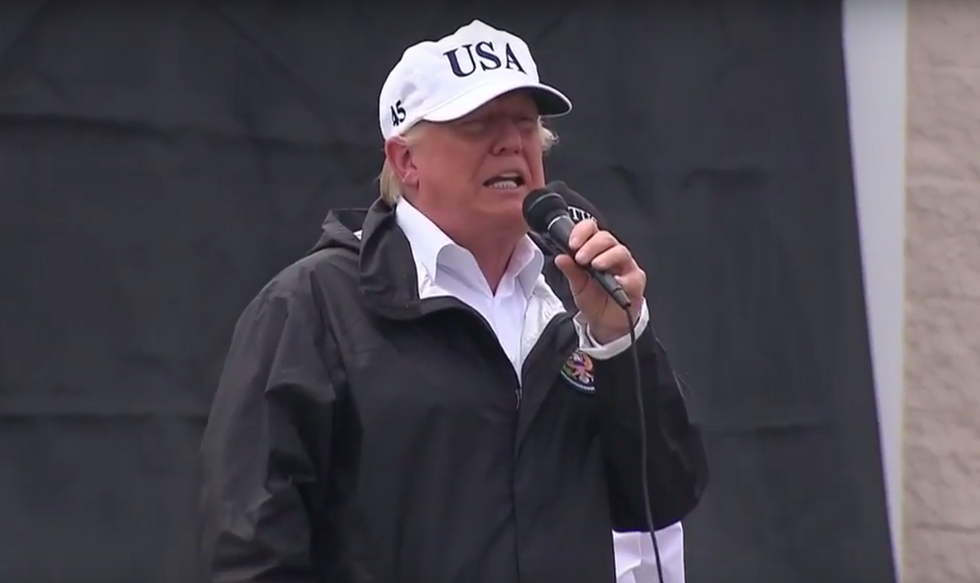 President Donald Trump visited Texas on Tuesday to survey the damage done to the state by Hurricane Harvey -- and he once again couldn't resist the urge to boast about the large crowd he managed to draw during a public appearance to talk about the event.

Addressing a crowd of supporters in the city of Corpus Christi, Trump marveled at the number of people who showed up to greet him during his visit.

Trump, who is notoriously obsessed about drawing large crowds, was quickly hammered on the internet for treating a hurricane relief effort like yet another one of his campaign rallies.

Check out some of the top responses below.

@christinawilkie @andizeisler um, @realDonaldTrump? This is a disaster, not a rally. They're not there for you, but for federal HELP. #sigh
— Carolyn Chernoff (@Carolyn Chernoff) 1504030148.0

@christinawilkie People are trapped and dying and he is concerned about crowd size.
— colorado kid (@colorado kid) 1504029922.0

@christinawilkie "My bone weary, hurricane-ravaged crowds are much bigger than Obama's, maybe the biggest ever."
— pinhead (@pinhead) 1504030128.0