GOP Sen. Jeff Flake: 'I wish we as a party had stood up against birtherism' 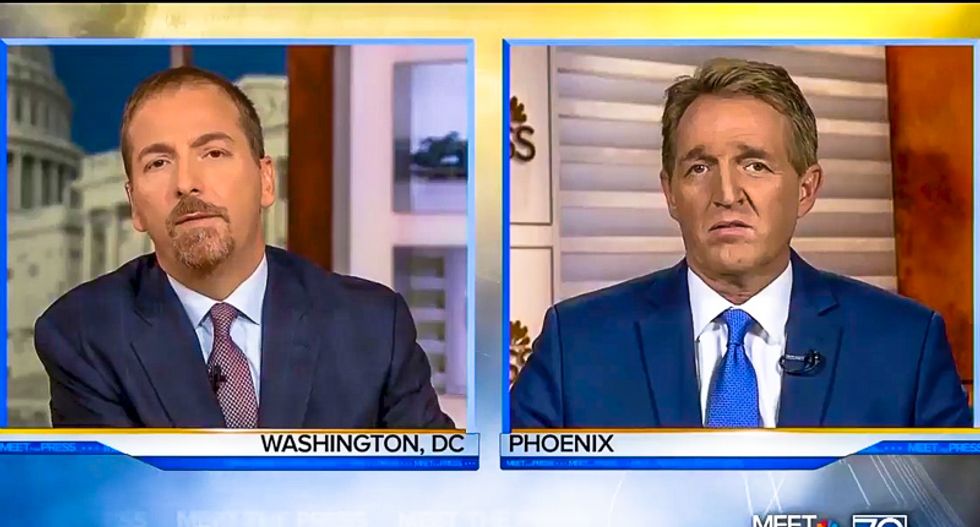 Sen. Jeff Flake (R-AZ) lamented on Sunday that his party had failed to stand up to Donald Trump's racist so-called birther movement which falsely alleged President Barack Obama was not a U.S. citizen.

While speaking to Meet the Press host Chuck Todd, Flake said that more Republicans were "ready to stand up" against Trump.

"I wish that we as a party would have stood up, for example, when the birtherism thing was going on," Flake opined. "A lot of people did stand up but not enough."

"Did you do enough?" Todd wondered.

"On that, I think I did," Flake insisted. "But on other things as well. During [Trump] rallies, when chants "lock her up", we shouldn't be the party for jailing your political opponents. And anybody at that rally -- at those rallies ought to stand up and say, 'That's inappropriate, we shouldn't be doing that.'"

"And I wish we as a party and elected officials would do more of that," he added. "Or when ugly conspiracies theories go out or simply fake news, stuff that is just demonstrably false, we ought to stand up and say, 'Hey, that's just not right.'"