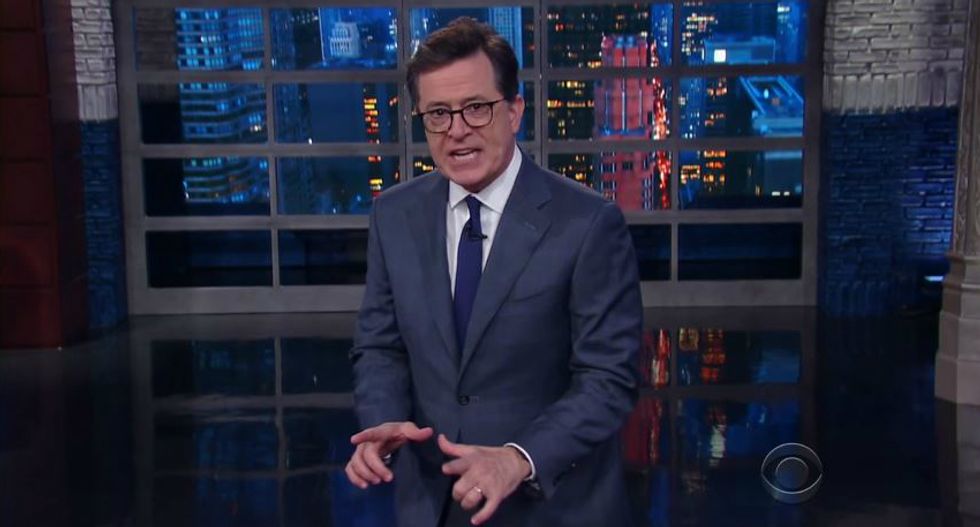 Stephen Colbert on Wednesday continued to attack Donald Trump for equating the neo-Nazis who descended upon Charlottesville, Virginia last weekend with the counter-protestors who stood against hatred and bigotry.

Referring to the president’s seemingly-forced statement on Monday, where he unequivocally denounced white supremacists, Colbert told his audience, “you know it was the right thing to say because he hated saying it.”

Colbert noted Trump reportedly “fumed” at having to denounce a group of people who he said were simply “defending their ‘heritage.”

“Donald Trump drove America’s moral leadership right through the guardrails by saying some of the people bearing torches with the Nazis were just good Joes.” Colbert said.

“Mr. President, there’s only one thing I no longer have any doubt about—you showed us who you were,” Colbert latter added.

Explaining the president reportedly felt “liberated” after his much-maligned presser, Colbert went in on Trump.

“Liberated, free, emancipated,” Colbert said, before putting on his Trump impersonation. “Free at last, free at last, thank God almighty I’m free at last,” Colbert-as-Trump continued. “You like that? Melania wrote it.”