'I’m not the angry racist they see': Alt-Righter became viral face of hate in Virginia -- and now regrets it 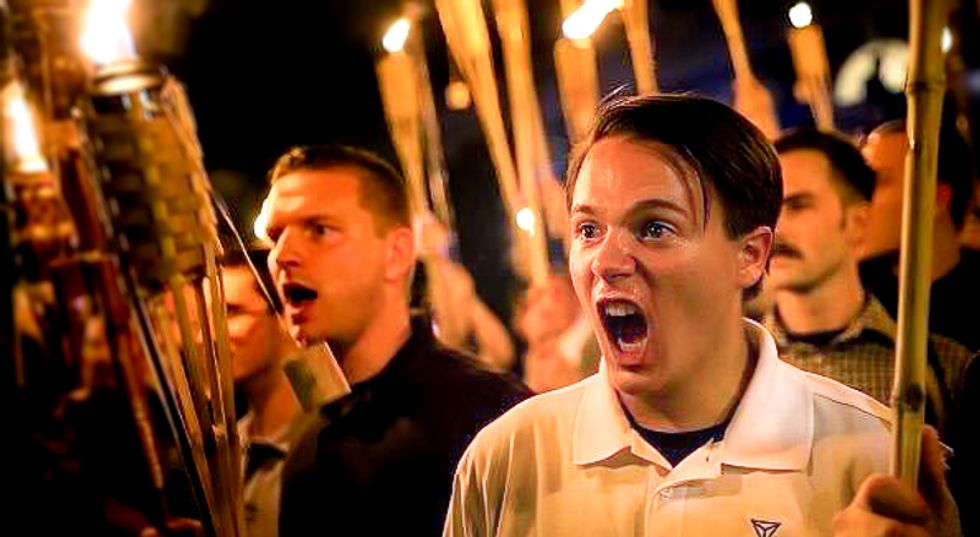 A white nationalist who attends the University of Nevada, Reno says that he is not the "angry racist" that is portrayed in a viral photo of him carrying a torch at a white nationalist protest rally in Charlottesville, Virginia.

Peter Cvjetanovic, 20, told KTVN that he traveled from Reno to Charlottesville to protest the removal of a statue of Confederate General Robert E. Lee.

The student said that he wanted to attend the rally to support the white nationalist movement.

“I came to this march for the message that white European culture has a right to be here just like every other culture," Cvjetanovic opined. “It is not perfect; there are flaws to it, of course. However I do believe that the replacement of the statue will be the slow replacement of white heritage within the United States and the people who fought and defended and built their homeland. Robert E Lee is a great example of that. He wasn’t a perfect man, but I want to honor and respect what he stood for during his time.”

Cvjetanovic said that he never expected the frightening photo of him to go viral.

“I did not expect the photo to be shared as much as it was," he noted. "I understand the photo has a very negative connotation. But I hope that the people sharing the photo are willing to listen that I’m not the angry racist they see in that photo.”

Cvjetanovic added: “As a white nationalist, I care for all people. We all deserve a future for our children and for our culture. White nationalists aren’t all hateful; we just want to preserve what we have.”