Mayor Michael Nutter says Trump presser is racist manifesto: 'He did everything but have a torch in his hands' 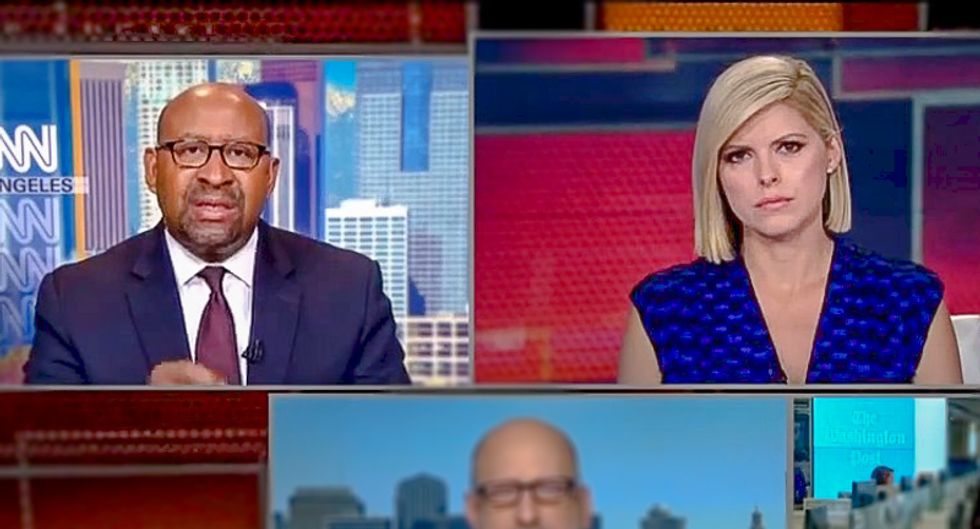 Philadelphia Mayor Michael Nutter pointed out on Wednesday that President Donald Trump may never recover from his remarks this week defending people who marched with white supremacists to protest the removal of a Civil War statue in Charlottesville, Virginia.

During a segment on CNN about Trump's controversial comments, Nutter argued that the Trump administration "can't get around this."

"You can't ignore this, you're not going to kind of sweep this away and make a statement and it's kind of over," he insisted. "I don't think the president at this point, because of what he has said -- and I go back to the tape that has played a number of times -- he's talking about the 'good people' who were in that march. And I can't say the things that they were saying but we all get the point."

"He was so angry yesterday -- combative," the mayor continued. "When I see him, you hear the marchers -- if there's any equivalence, it's between them. He did everything but have a torch in his hand yesterday. The way he was expressing himself, the true Donald Trump."

Nutter concluded: "And so, he has no ability to get us passed this. We talk about leaders, other Republicans -- it's not enough anymore to be quietly upset, privately upset, complaining to your staff if you're an elected official that you're really upset with the president. This is a seminal moment. This is the time for leadership."