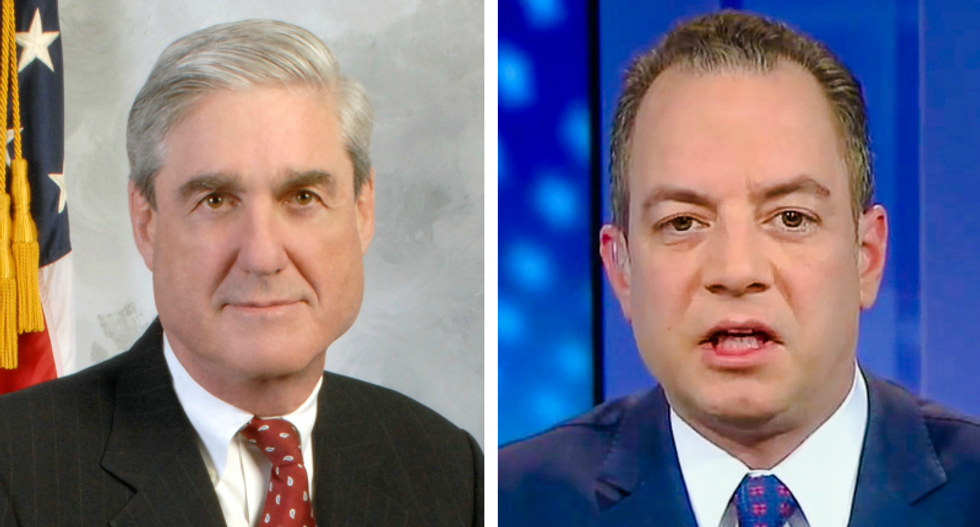 Special counsel Robert Mueller is in talks with the Trump Administration, requesting that his investigators be allowed to interview current and former administration officials, including recently fired White House Chief of Staff Reince Priebus.

According to the New York Times, Mueller's investigation into Russian connections to the 2016 Trump campaign has reached the interrogation phase.

"In a sign that the investigation into Russian interference in the 2016 presidential election will remain a continuing distraction for the White House, the special counsel, Robert S. Mueller III, is in talks with the West Wing about interviewing current and former senior administration officials, including the recently ousted White House chief of staff, Reince Priebus" The Times explained. "Mr. Mueller has asked the White House about specific meetings, who attended them and whether there are any notes, transcripts or documents about them, two of the people said. Among the matters Mr. Mueller wants to ask the officials about is President Trump’s decision in May to fire the F.B.I. director, James B. Comey," the two sources added.

Such questions go beyond collusion during the campaign, showing Mueller is investigating obstruction of justice by the White House.

"No interviews have been scheduled, but in recent weeks Mr. Mueller’s investigation has appeared to intensify. Late last month, he took the aggressive step of executing a search warrant at the home of Paul J. Manafort, Mr. Trump’s former campaign chairman, in Alexandria, Va. Legal experts say Mr. Mueller may be trying to put pressure on Mr. Manafort to cooperate with the investigation," The Times noted. "Although it has been clear for months that Mr. Mueller would interview Mr. Trump’s closest advisers, Mr. Mueller’s recent inquiries come as Mr. Trump is heading into the fall pushing his priorities in Congress, including a tax overhaul, with the constant distraction of a federal investigation."

"Mr. Priebus appears on the calendar of Mr. Manafort on the same day in June 2016 that Mr. Manafort and other campaign officials — including Mr. Trump’s eldest son and son-in-law — attended a meeting with Russians who claimed to have damaging information about Hillary Clinton, according to two people briefed on the matter," The Times reminded.