'Nobody will': Fox host says 'no member of the Trump administration' will come on air as presidency implodes 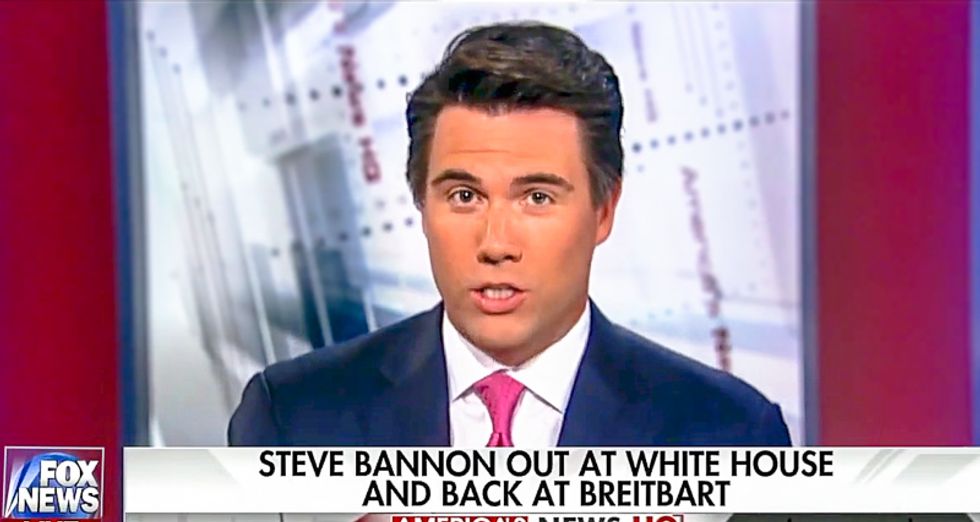 Fox News host Leland Vittert revealed on Sunday that President Donald Trump had refused to let anyone from his administration appear on the network.

During a segment about Trump's outgoing chief strategist Steve Bannon, Vittert noted that only Trump surrogates from outside the administration would discuss the staff shakeup.

"Noteworthy," Vittert observed. "We, along with a number of other networks, have all tried to get somebody from the administration to come on today and to talk about this big staff shakeup. Nobody will."

"No member of the Trump administration is out talking about it," the Fox News host added.