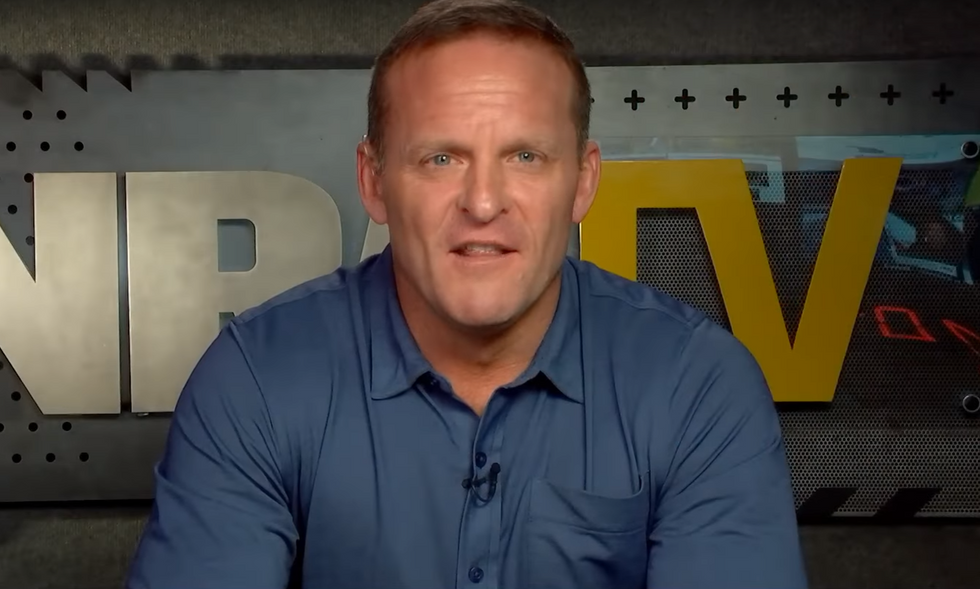 Grant Stinchfield, a host for the National Rifle Association's online TV network, would be happy if North Korea dropped a bomb on the capital of California.

Media Matters notes that Stinchfield wrote on Twitter that the United States government should "send a note" to North Korea telling them that "Sacramento changed its name to Guam." Stinchfield references Guam in his tweet because North Korea has threatened to launch missiles at the U.S. territory in the event of an American attack on its military.

Less than two months ago, Stinchfield spoke out against left wingers who use "inflammatory rhetoric" that could inspire "unstable" individuals to commit acts of violence.

The irony of Stinchfield, who lives in Dallas, urging a foreign power to attack a major American city was not lost on his Twitter followers, who hammered him in subsequent replies.

“It was meant as a joke and I regret it,” he told the New York Daily News. “What’s going on with North Korea is no laughing matter.”