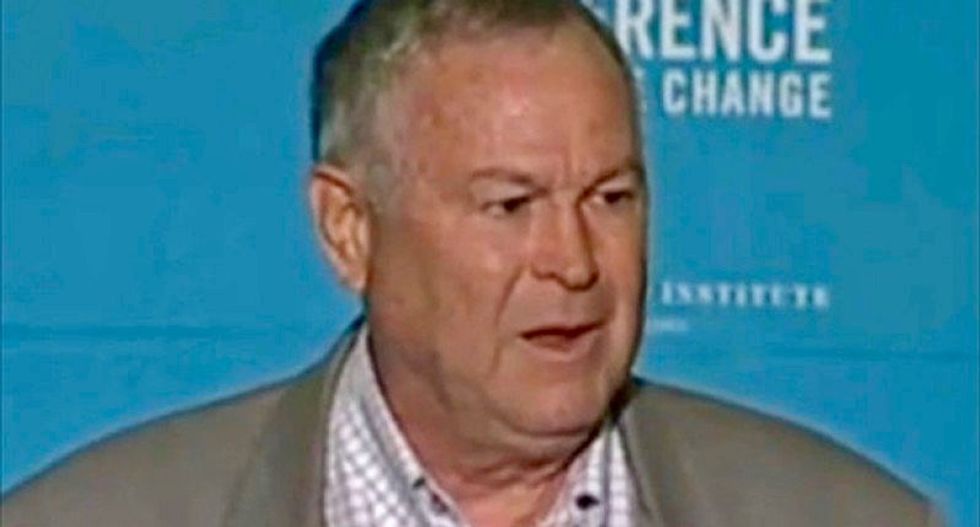 It looks like "Putin's favorite Congressman" is at it again.

As noted by the Los Angeles Times, Rep. Dana Rohrabacher (R-CA) gave his two cents on the Google anti-feminist manifesto debacle on Twitter -- and claimed that fired engineer James Damore had his civil rights violated.

"I am very troubled by Google's treatment of James Damore," Rohrabacher tweeted on Thursday. "You shouldn't lose your job for telling the truth!"

He went on to say that "if Silicon Valley continues with its illegal hiring practices Congress must investigate."

Rohrabacher's ties to Russia are so well-known, House majority whip Kevin McCarthy (R-CA) once joked that "There’s two people, I think, Putin pays — Rohrabacher and Trump" in an audio recording leaked last year. He was also the subject of an FBI probe for those same ties in 2012.

I am very troubled by @google's treatment of James Damore. You shouldn't lose your job for telling the truth! #GoogleMemo
— Dana Rohrabacher (@Dana Rohrabacher) 1502391566.0

The mistreatment of conservatives and libertarians by tech monopolies is a civil rights issue. #googlememo
— Dana Rohrabacher (@Dana Rohrabacher) 1502392664.0