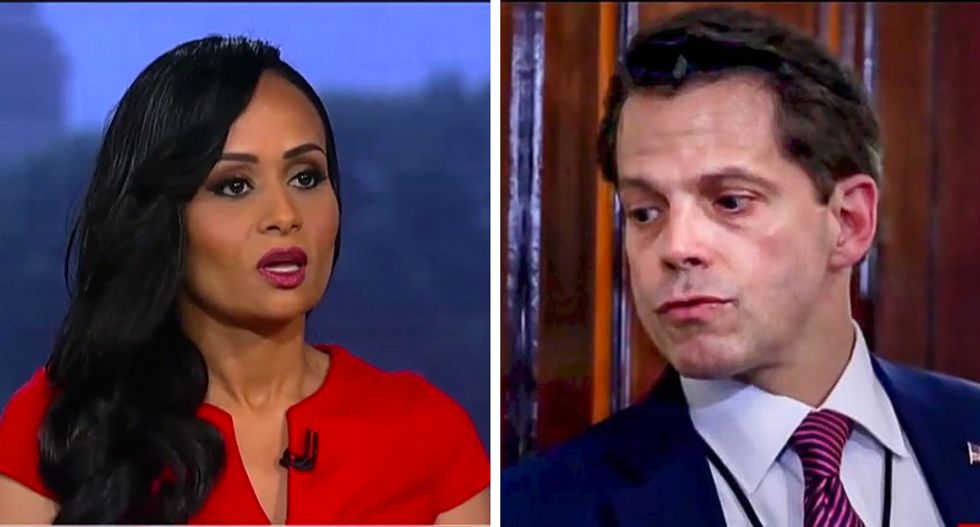 Just moments after being "released" from his position as communications director, Anthony Scaramucci headed to the Trump Hotel in Washington, D.C.

Hanging out at the Trump Hotel's BLT Prime, Scaramucci sat on his cell phone most of the night and barely even touched his food, the Daily Mail reported. Meanwhile, his old boss President Donald Trump was tweeting about what a great day it was.

He was there with other Trump loyalists, including Katrina Pierson, who is working for a pro-Trump PAC. The group chose a secluded table in the corner under a tree.

Scaramucci declined to be interviewed and left quietly through a side door.

"Maybe Trump was putting him up and he didn't have time to check out yet. I guess as he's not from D.C. he hasn't got his own base. He was in and out so quickly. It's incredible," said one restaurant diner.

Pierson tweeted one success of the day from Scaramucci, he was apparently fired at 8 a.m. but managed to keep it quiet all day. "Apparently, he stopped the leaks," she said of his single achievement in the position.

FWIW: @Scaramucci was fired at 8am but the press found out when the WH shop released it in the afternoon. Apparently, he stopped the leaks.
— Katrina Pierson (@Katrina Pierson) 1501543812.0