Renee Baio, wife of actor Scott Baio, is catching hell for a tasteless tweet she fired at Nelba Marquez-Greene, the mother of a child slain in the mass shooting at Sandy Hook Elementary School in Newtown, CT, according to Mediaite.com.

Scott Baio recently came under fire for suggesting that the death of Heather Heyer was a staged "false flag" operation and accusing Heyer's mother of being a "crisis actor" hired by the government. He posted a photo of Heyer's mother next to a photo of the mother of slain Sandy Hook teacher Vicki Soto.

After an angry reaction, Baio deleted the post and apologized, but the social media sniping hasn't stopped. When Marquez-Greene upbraided Renee Baio for her husband's disregard for the feelings of Heyer's family and Sandy Hook survivors, Mrs. Baio got downright hateful.

"I'm sorry 4 your loss @Nelba_MG however, maybe your children are in a better place. Your ugliness knows no bounds! I'll pray for you," she wrote. 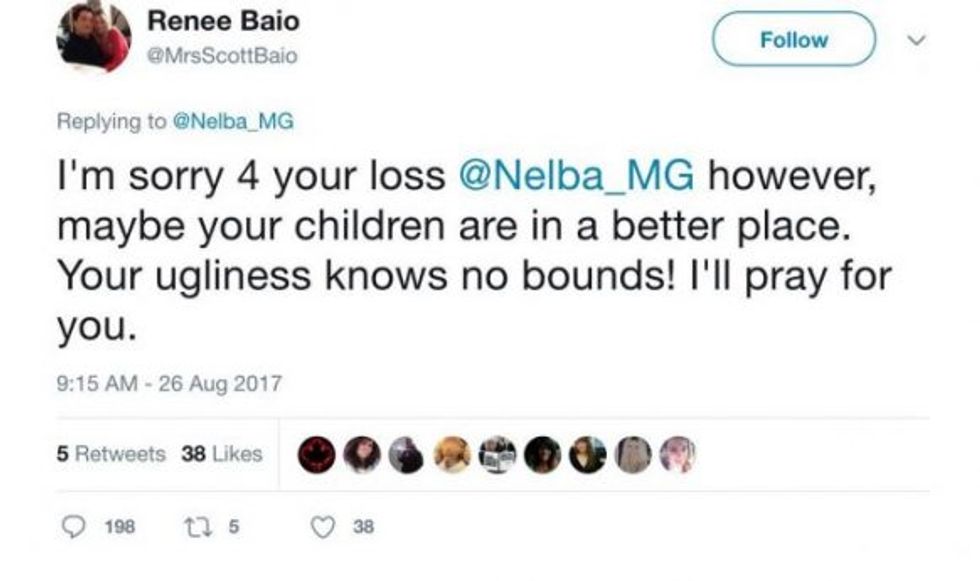 The online rebukes were swift in coming and brutal in tone.