'Shadows don't do that': Flat Earthers offer absurd explanations for why the eclipse proves them right 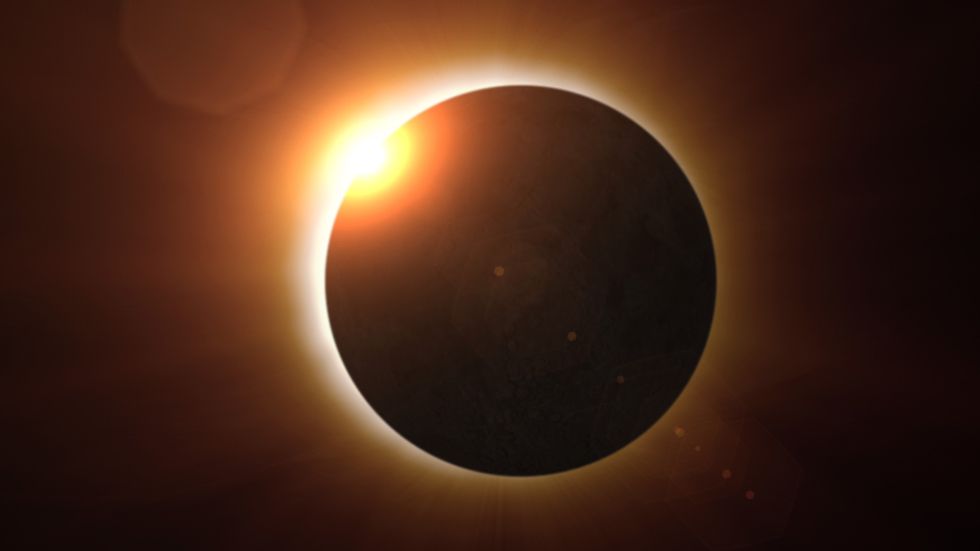 According to BuzzFeed's Katie Notopoulos, who delved into the world of Flat Earther groups to figure out their take on the eclipse, many who ascribe to the theory actually say it provides further proof to their beliefs.

This belief, according to BuzzFeed, is based on many Flat Earth theorists' core tenet: that the Earth is covered by a huge dome.

"Flat Earth theory suggests that we're living under a giant dome/bubble that covers the entire (flat) Earth," Notopoulos writes. "The sun and moon travel back and forth across the dome ceiling, which is why we have sunset/sunrise. So an eclipse just means that something — maybe the moon, maybe another planet — passes in front of the sun during its regular travels across the dome sky. Same with lunar eclipses."

Based in this "domed, flat Earth" theory, Flat Earthers have taken to pointing out "flaws" in the "globe-centric" model ascribed to mainstream eclipse explanations.

"In a traditional globe model," Notopoulos continues, "the size of the shadow that gets the full eclipse (otherwise known as the 'path of totality') is small — much smaller than the size of the moon. Flat Earthers point out that this is seriously flawed — if the globe theory was true, then the shadow should be much, much bigger."

Because Flat Earthers believe that the sun and the moon are equally-sized objects at equal distances away from the (flat) Earth, the apparent scientific inconsistencies in shadow size provide further that the Earth.

Furthermore, BuzzFeed notes, some believe the "moon" that passes in front of the sun in "globe-centric" models is not, in fact, the moon. Instead, a "dark" planet called Rahu -- named after the head of a Hindu sun-eating snake god whose eating of the sun causes eclipses in some mythologies -- passes in front of the sun, causing the eclipse path visible from Earth. Flat Earthers who ascribe the "Rahu" theory, appropriating from the Hindu astrological model known as Vedic astrology, believe Rahu is "one of the planets that circle the Earth."

"Forget the moon landing, obviously," Notopoulos wries. "For the Rahu theory, the moon isn't illuminated by reflection from the Earth or sun — it's a thin screen illuminated from behind by a rotating light source. Some people believe the moon's light source is a laser instead of the sun."

While some Flat Earthers argue that the eclipse shadow disproves the "globe-centric" Earth model, others still believe that the rampant media coverage of Monday's eclipse is more fishy.

"All those news stories telling you not to look at directly at the eclipse?" an A.V. Club article on Flat Earth reactions to the eclipse reports. "Those aren’t so you won’t go blind by gazing directly into the sun, but so you won’t see what’s really going on in the sky this afternoon."