On Tuesday, the U.S. Dow Jones Industrial Average hit a record high -- and President Donald Trump hasn't missed any opportunities to take credit for the soaring stock market -- but both Presidents George W. Bush and Barack Obama oversaw stronger gains in the economy in the first six months of their first terms.

Axios.com said that the S&P 500 showed stronger percentage growth under both Bush and Obama in those presidents' first half year in office.

"Obama took office in the midst of an economic recession, so much of his S&P 500 increase was a rebound from the depths. Trump, on the other hand, inherited an already-growing market that has accelerated since his inauguration," wrote Axios' Dan Primack. 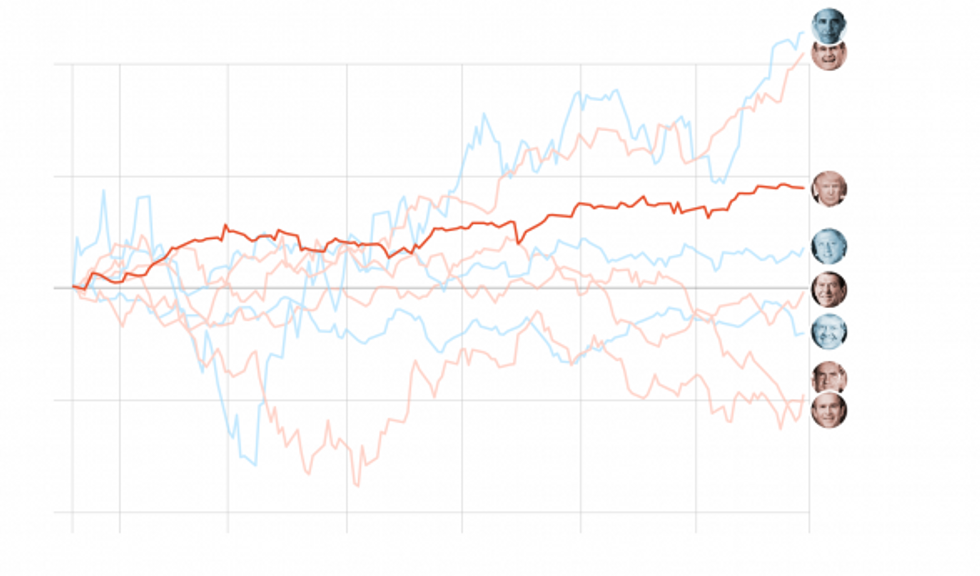