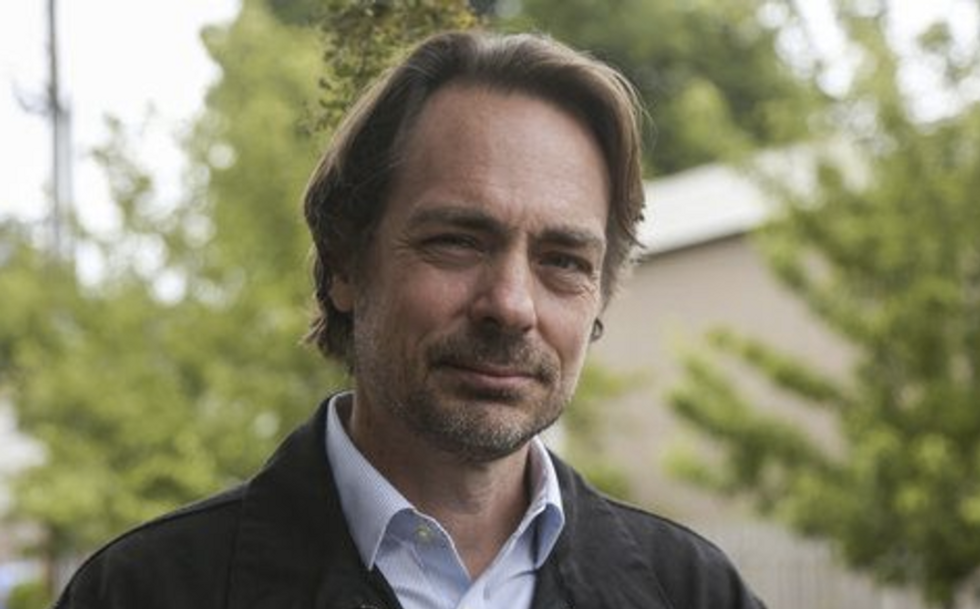 On Saturday, sociologist Randy Blazak -- a specialist in white supremacist groups and political violence -- ripped President Donald Trump's attempt to blame "all sides" for the violence that killed one protester in Charlottesville, VA and injured more than a dozen others.

CNN anchor Ana Cabrera asked Blazak if there is "a correct or incorrect way to talk about these hate groups?"

"There is," Blazak said. "It's not fair to equate both sides of the debate as equally invested in some type of a dominant narrative or they're equally violent. There is a group that is trying to turn back the clock, and I think the problem is when we see two sides of the same coin, the anti-fascist and fascist as locked in this combat."

Furthermore, he said, "I think the alt-right is trying to hijack the discussion about who is the victim in American history. For them it's white men and that's not just the reality."

Indicted Russia-aiding FBI agent overwhelmed with 'all this money' and 'power players': mistress

The mistress of an indicted FBI agent this week spilled secrets about his use of a burner phone, mysterious contacts, envelope exchanges at upscale restaurants and a baggie full of cash.

Allison Guerriero was in a relationship with former FBI official Charles McGonigal when he was the bureau's special agent in charge of the New York field office's counterintelligence division, and she told Insider in a lengthy interview that he was lured by the lavish perks that came with his perch in a world inhabited by spies and oligarchs.

House Republicans on Tuesday night loudly heckled President Joe Biden during his State of the Union address, and House Speaker Kevin McCarthy (R-CA) is now sending them a public warning about the optics.

Via CNN's Manu Raju, McCarthy appeared on Fox News on Wednesday morning and was asked about his members' behavior during Biden's speech, which was highlighted by Rep. Marjorie Taylor Greene (R-GA) yelling the word "liar" at the president.

SC attorney accused of murder faked his way through his career: associates

Alex Murdaugh, the South Carolina attorney now on trial for the murder of his family, came from a powerful dynasty of lawyers and has an impressive résumé to his name, volunteering in a local prosecutor's office and heading up the state trial lawyers' association.

But according to The Daily Beast, colleagues who know Murdaugh and spoke at his trial do not paint a picture of a man who is as hardworking or knowledgeable in the law as his pedigree and reputation suggest — but rather, a man with good people skills who was able to charm his way out of doing the harder parts of his job.