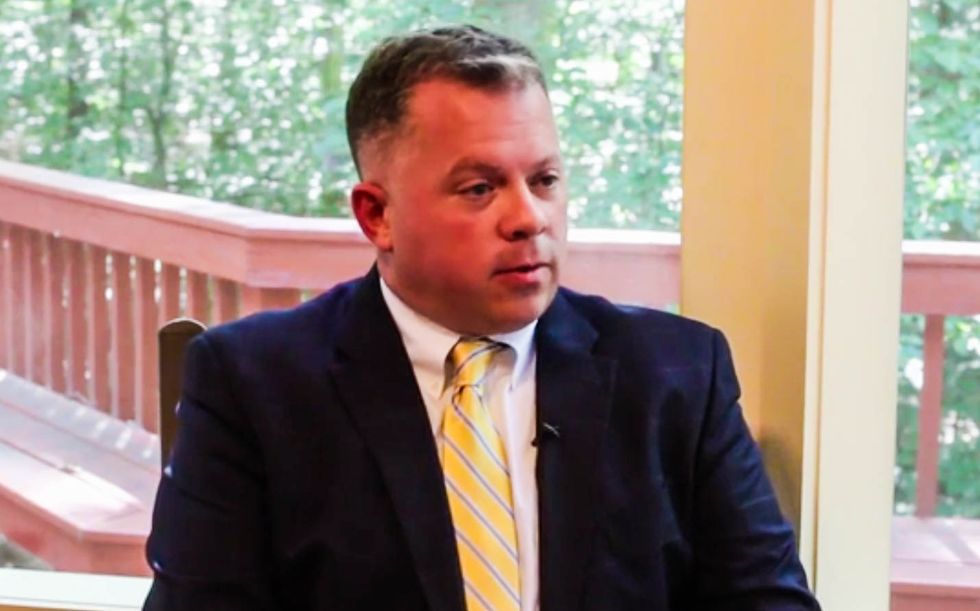 A former Trump National Security Council staffer was fired last month because he wrote an unhinged memo that claimed there was a grand conspiracy between Islamists, bankers, globalists and "the left" to bring down President Donald Trump's administration.

The Atlantic reports that Rich Higgins, a former Pentagon official who served in the NSC’s strategic-planning office as a director for strategic planning, was ousted on July 21 over a memo he wrote that embraced wild conspiracy theories to explain the difficulties that Trump was experiencing trying to get his policy agenda passed.

"Higgins’s memo describes supposed domestic and international threats to Trump’s presidency, including globalists, bankers, the 'deep state,' and Islamists," The Atlantic writes. "The memo characterizes the Russia story as a plot to sabotage Trump’s nationalist agenda. It asserts that globalists and Islamists are seeking to destroy America."

Among other things, the memo alleges that "the left is aligned with Islamist organizations at local, national and international levels," and that all President Trump's enemies are engaging in what amounts to a "Maoist insurgency" against his administration.

"Maoist methodologies are described as synchronized violent and non-violent actions," he wrote. "This approach envisions the direct use of non-violent operations arts and tactics as elements of combat power In Maoist insurgencies, the formation of a counter-state is essential to seizing state power. Functioning as a hostile compete state acting within an existing state, it has an alternate infrastructure."

The Atlantic writes that Higgins' ouster "marks the latest victory by National-Security Adviser H.R. McMaster in the ongoing war within Trump’s White House between those who believe the president is under threat from dark forces plotting to undermine him, and those like McMaster who dismiss this as conspiratorial thinking."