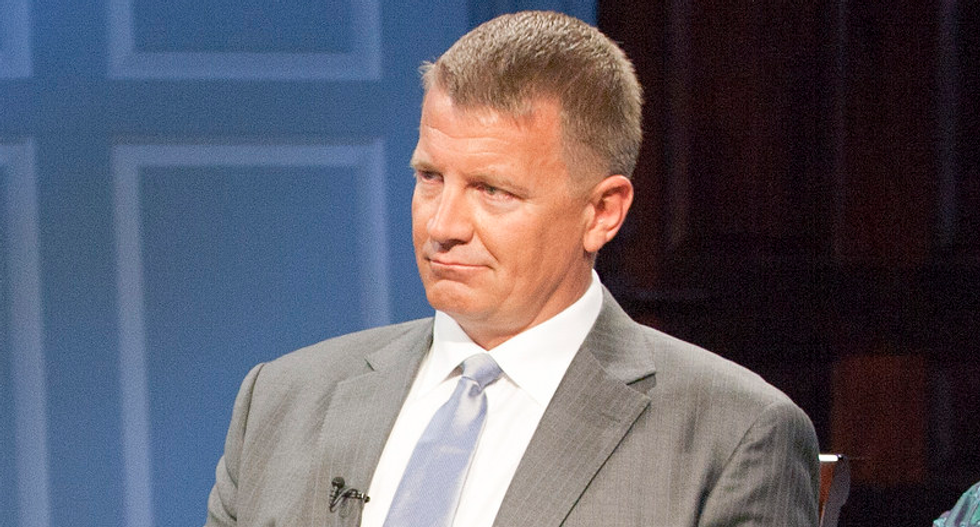 During a panel discussion on President Donald Trump's many conflicts of interest, Michael D'Antonio, author of The Truth About Trump, blasted his financial surplus in the wake of his presidency.

According to the Financial Times, Blackwater founder Erik Prince -- who happens to be Education Secretary Betsy DeVos's brother -- has proposed a two-year plan to supply 5,000 mercenaries and close to 100 aircraft, bringing the total cost of the U.S. effort to turn round a failing war to less than $10 billion a year.

“We’re spending too much in Afghanistan and it’s making the insurgency worse, through corruption and leakage to the Taliban,” the former Navy Seal explained adding that the Afghan campaign would cost the US $45 billion this year and $50 billion in 2018.

Then there is the Trump Organization the president has said he stepped away from to let his sons operate. D'Antonio recalled the press conference where candidate Trump appeared with a table full of file folders.

"We all knew most of them were empty," he said. "We still are waiting for good information about the reality of these properties. So, it really does give a lot of us pause for concern."

He brought up a what the public response would have been if there was an "Obama hotel" or "Bush resort."

"There would be no end to the criticism of those presidents," D'Antonio continued. "And rightfully so. This is why it's so problematic for someone in that highest office to have such far flung business dealings. Today we hear that there's contemplation of using a mercenary army in Afghanistan that is owned by his Education Secretary's brother. You know, this is getting to the point where it looks like they're looting the presidency for their own gain."

'They're looting the treasury': Panel slams... by sarahburris