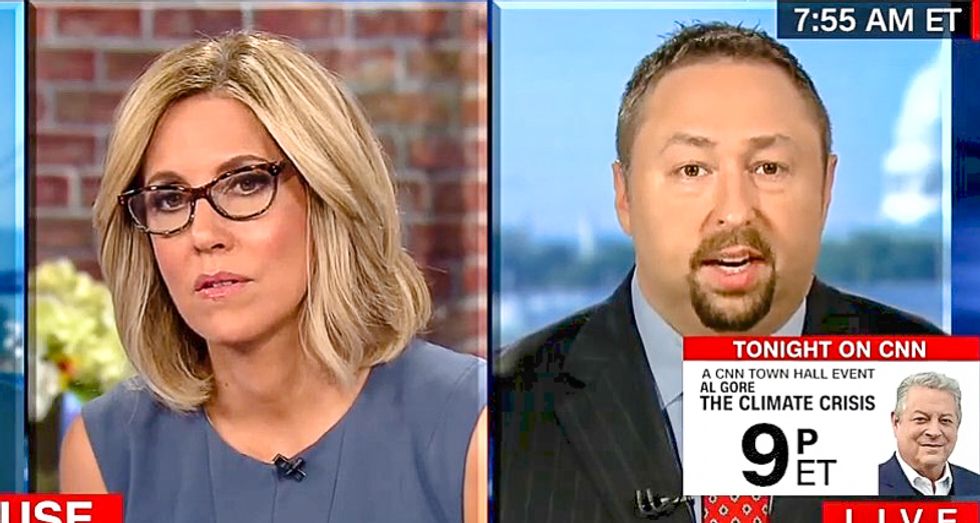 Jason Miller, a former spokesperson for the Trump campaign, said on Tuesday that he was advising President Donald Trump to use former White House Press Secretary Sean Spicer to assist in the effort to pass tax reform.

"A couple of things are going to help this White House get back on track," Miller explained on CNN. "As they move the issue into tax reform... that's going to really help President Trump."

"My recommendation on this front as they are moving into tax reform, I would say go and try to keep Sean Spicer around through the tax reform effort," he recommended. "I think he's the person inside the White House who has been working on this tax reform roll out. And you already have him in place, he knows the president, he's loyal to the team."

Miller added: "If I were [Chief of Staff] Gen. Kelly, I would go talk to Sean and say, 'Can you stay around through this effort?' And my guess is he could probably convince Sean to do that."