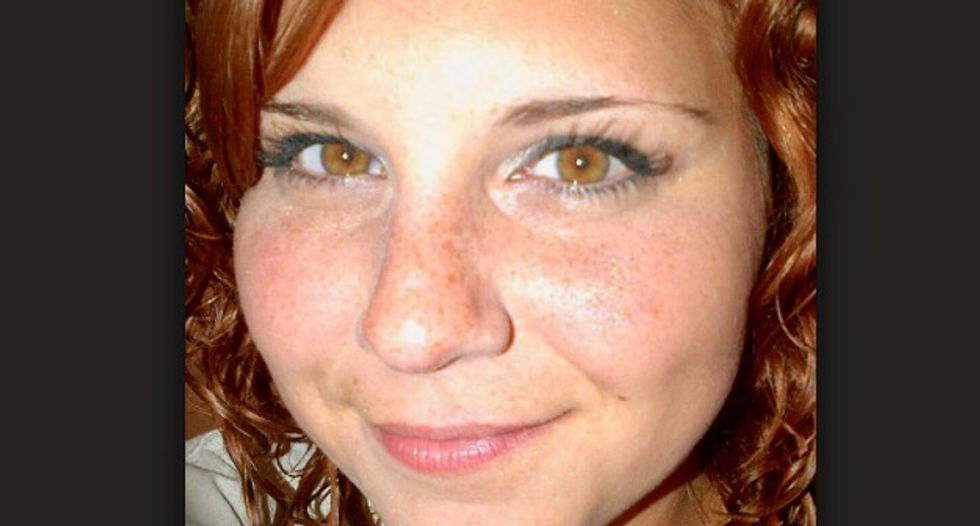 Heather Heyer came to downtown Charlottesville with her friends to make a stand against white nationalists who converged on the Virginia college town to demand the city keep a statue honoring a Confederate war hero, her boss said on Sunday.

The 32-year-old paralegal wanted to send a clear message to the neo-Nazis and Ku Klux Klan sympathizers who planned to stage one of the largest far-right rallies in recent U.S. history that people abhor their views in the city where she was born, he said.

But her decision to join counter-protesters on Saturday resulted in tragedy when a 20-year-old Ohio man drove his car at high speed into a line of marchers, killing Heyer and injuring at least 19 others.

"There have been times that I've walked back to her office and she had tears in her eyes" for various injustices she saw in the world, said Wilson, such as the time she was weeping after reading anti-Muslim comments online, Wilson said.

Heyer was "a very strong, very opinionated young woman" who "made known that she was all about equality," he told Reuters on Sunday.

The two have worked closely since Heyer joined the firm a little more than five years ago.

"Purple was her favorite color," said Wilson, recalling that Heyer shared a duplex apartment in Charlottesville with a beloved pet Chihuahua named Violet. "She would wear purple a lot, and she would wear it every day if she could get away with it."

Born in Charlottesville, the home of the University of Virginia's main campus, Heyer was raised in a nearby town and graduated from William Monroe High School in Stanardsville.

A big part of Heyer's job was to help people who were trying to avoid being evicted from their homes, or have their cars repossessed, or needed help paying medical bills, he said.

Heyer was a supporter of Bernie Sanders, who ran unsuccessfully for the Democratic presidential nomination won by Hillary Clinton, Wilson said.

As a white woman, she thought it unfair that she enjoyed liberties that Wilson, as a black man, did not, he said.

"You're college-educated, but if you walk into the store you may have people following you, and it's not fair," Wilson quoted Heyer as having said to him often.

Heyer, said Wilson, was strongly opposed to President Donald Trump, and she also spoke out against Jason Kessler, the blogger who organized the "Unite the Right" rally that was broken up before it began on Saturday.

"A big thing that bothered Heather was this whole past election," said Wilson. "She would literally sit in the office and cry at times because she was worried about what was going to happen to the country."