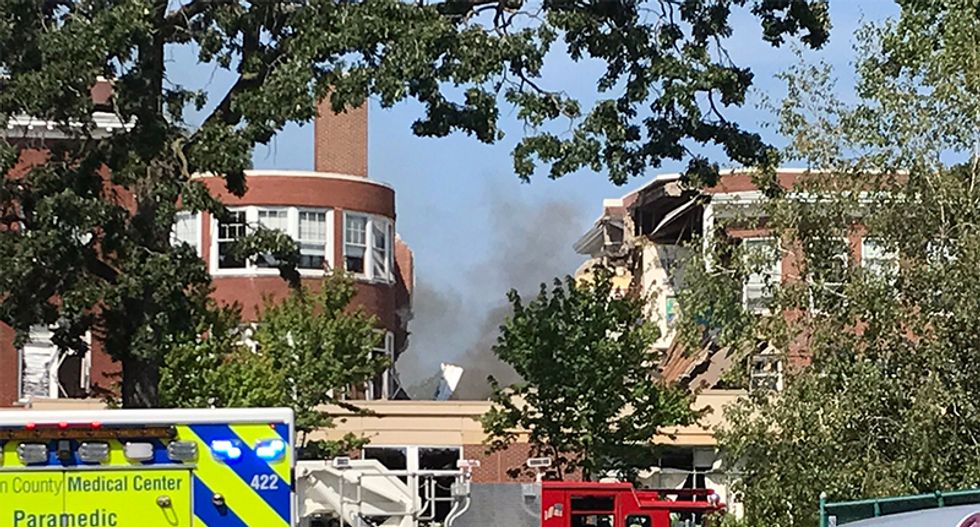 The Minnehaha Academy had an explosion in the Upper School that may have been caused by a gas leak. The building appears to be collapsing, according to KARE11 News.

So far, the fire department reports one person is dead but cannot confirm it. All students have been accounted for but there are still people trapped and rescues are underway.

Watch a live feed of the coverage below: