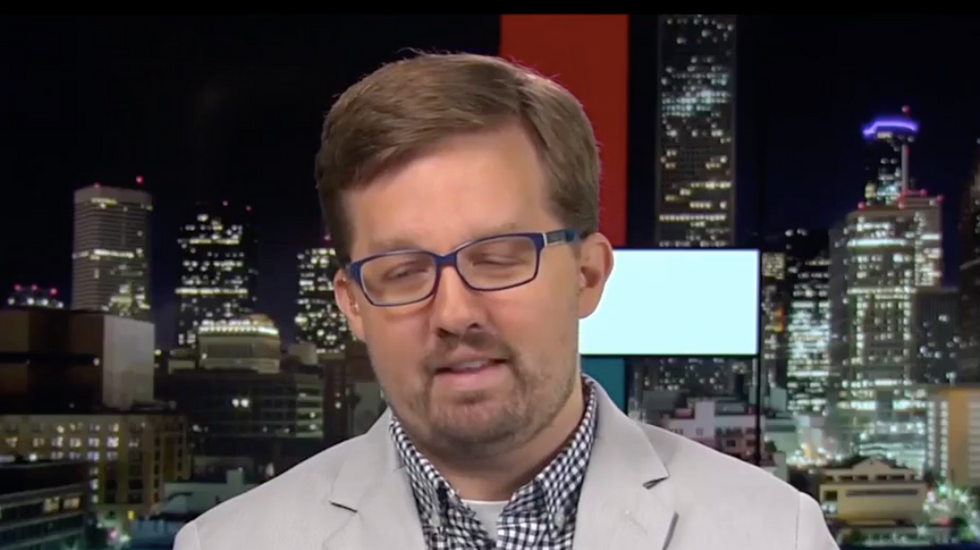 In an interview with MSNBC's Rachel Maddow, a Houston reporter who did an in-depth investigation into potential safety hazards at chemical plants in the Houston area said officials have been unclear about the type of explosion that will occur at the Arkema chemical manufacturing plant outside of the city.

The ticking time bomb of a plant is reportedly flooded by six feet of water in the wake of Hurricane Harvey, making some of the more sensitive chemicals it houses into a threat for explosion.

"[The Harris County fire marshall] said that they don't expect like a shock wave kind of explosion," Matt Dempsey, a data reporter for the Houston Chronicle, told Maddow. "That's in contradiction to the expert said who said we're sitting on a powder keg type of situation here."

"Experts on one side are saying it's a huge thing, and I have the government officials and the company saying it might not be that big," Dempsey continued. "It's hard to tell for sure."

Dempsey went on to detail a back-and-forth he'd had with Arkema's CEO, who refused to make the plant's inventory public and who hasn't answered questions about whether the plant has industry standard fail-safes that deplete the stock in case of disasters like Hurricane Harvey.

"It would have been standard operating procedure for a facility like this to have some sort of compound to quelch the organic peroxide, essentially to make sure the explosion risk, the fire risk was not there," Dempsey said. "It would eliminate that stock so they wouldn't have it for product going forward."

"I don't know why they didn't do that, I haven't gotten a good answer from Arkema about that at this point," he continued. "Maybe they weren't following procedure according to the experts. But I find it troubling that they said they planned for a worst case scenario. and the storm just ripped right through that."

Due to Texas laws preventing people from being forced from their homes, the 1.5 mile radius around the plant considered to be at risk of explosion has not been evacuated, though Dempsey said most people have left their homes in preparation for the impending explosion.

Watch the entire segment below, via MSNBC.