WATCH: This is how outnumbered right-wing protesters were in Boston on Saturday 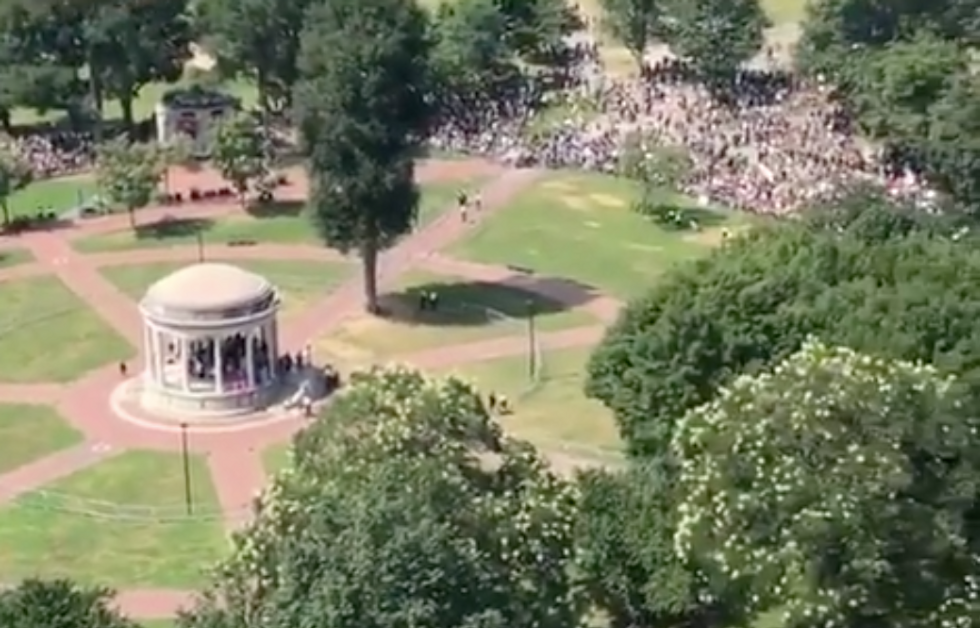 This video, taken Saturday of the crowds on Boston Common shows the disparity in size between the right-wing "Free Speech" demonstrators assembled versus the tens of thousands of counter-protesters who turned out to show their resistance to white supremacy and the administration of President Donald Trump.

"This is the first video I've seen that really shows the disparity between the "free speech" rally and the thousands of counter-demonstrators," wrote ABC News social media director Evan McMurry.

This is the first video I've seen that really shows the disparity between the "free speech" rally and the thousands… https://t.co/lk2DAEZQ02
— Evan McMurry (@Evan McMurry) 1503170833.0

The "Free Speech" marchers can be seen huddled in the Common's pavilion while more than 40,000 counter demonstrators chanted at barricades erected a quarter of a mile away.