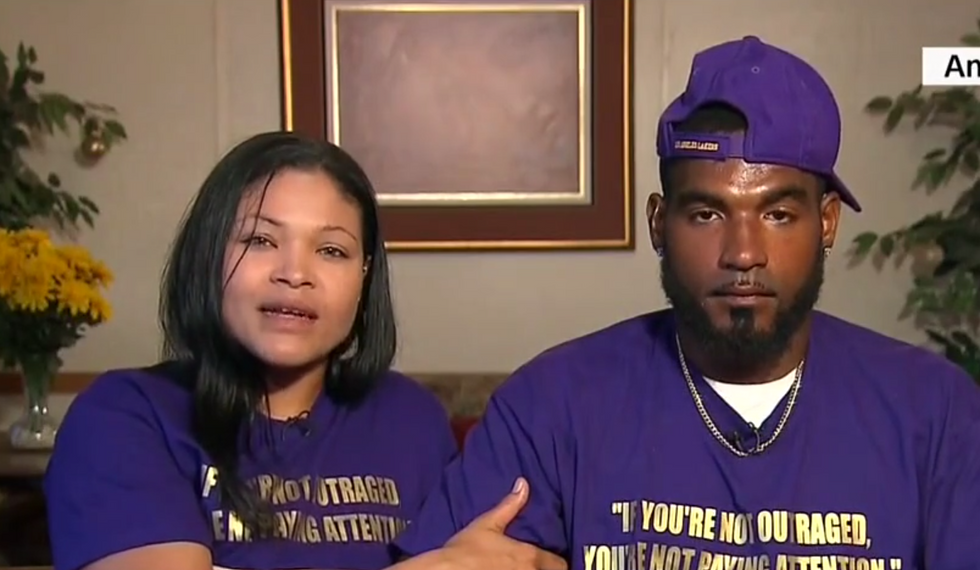 Blair, who was in Charlottesville protesting against white nationalists on Saturday, was saved from being hit by Fields' car when her fiance, Marcus Martin, pushed her out of the way and subsequently suffered a broken leg after being hit by the car himself.

Both Blair and Martin went on CNN to discuss the ordeal, and host Chris Cuomo asked them to evaluate Trump's response to this weekend's violent protests by white nationalists.

Blair immediately questioned Trump's sincerity in his belated condemnation of white supremacists, which only occurred two days after Fields plowed his car into a group of demonstrators, killing protester Heather Heyer and injuring several more people.

"What took you so long to do it?" she asked of Trump. "And now he's blaming the media for starting the controversy. It was clear that that was an act of terror, an act of hate, it was done to scare the people of my city, scare the people of the world. And it's like he needed his advisers or he needed someone else to say, 'You need to do this.'"

Martin, in contrast, had no comment on Trump's leadership after the attack because he couldn't think of anything nice to say.

Heroic boyfriend saves the life of girlfriend... by sarahburris