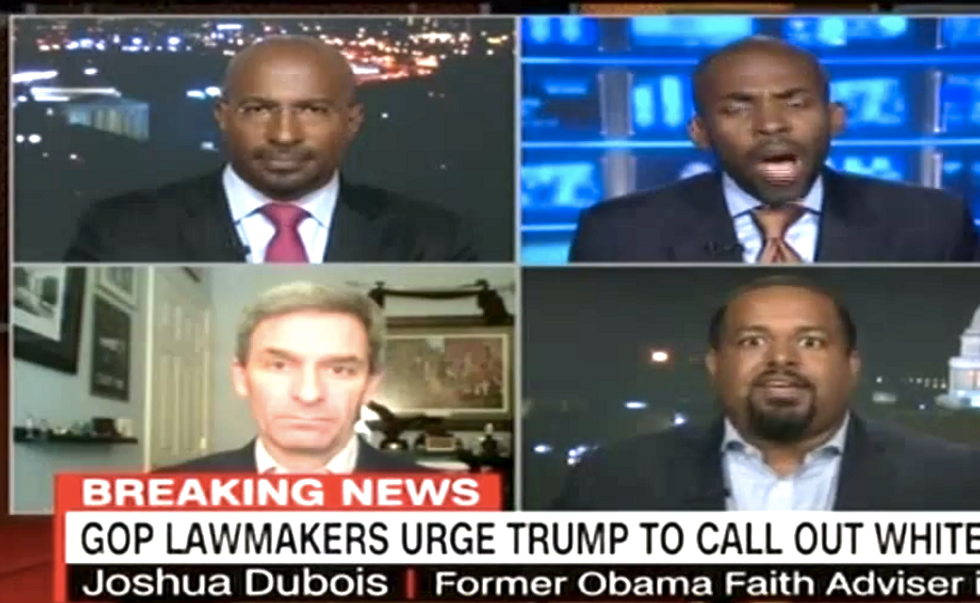 In a Saturday night discussion of the violence that took place in Charlottesville, VA and the death of an anti-racist protester, Dubois said that the reason Trump won't specifically call out groups like the KKK and the National Socialist Party is because "he needs them."

"The president's statement today was an absolute moral disaster," Dubois said of Trump's assertion that "many sides" are responsible for the violence that erupted on Saturday. "He created a false equivalency with and functionally normalized actual Nazis."

"These are people who are walking around with swastikas on their arms," he continued, "who in their ideal world would annihilate blacks and Jews and he could not find it within himself to call them out. And the reason is -- let's stop playing games, here -- because he has been flirting with them and winking and nodding at them for two years. They are an important part of his coalition, so he could not bring himself to do that because he needs them right now with his support diminishing."

Trump supporter Paris Dennard became incensed at Dubois and repeatedly urged him to read all of Trump's speech from Saturday and then began to lash out at Dubois' old boss, President Obama.

"Why didn't President Obama do the same thing?" demanded Dennard regarding Obama's statements in the wake of the murder of 9 black parishioners by a white supremacist at a black church in Charleston, SC. "Was he nodding? Be real."

Dubois said that Trump has brought these racist white ideologues into the White House in the form of Steve Bannon, Stephen Miller and Sebastian Gorka.

The discussion got heated before commentator Van Jones stepped in and said this is an example of how tense the dialog has become in the country.

"I think we can be friends, but we also have to speak truth in love," Dubois said. "And the truth in love, Van and Paris, is that Donald Trump has played with the fires for two years and now he's beginning to get burned."