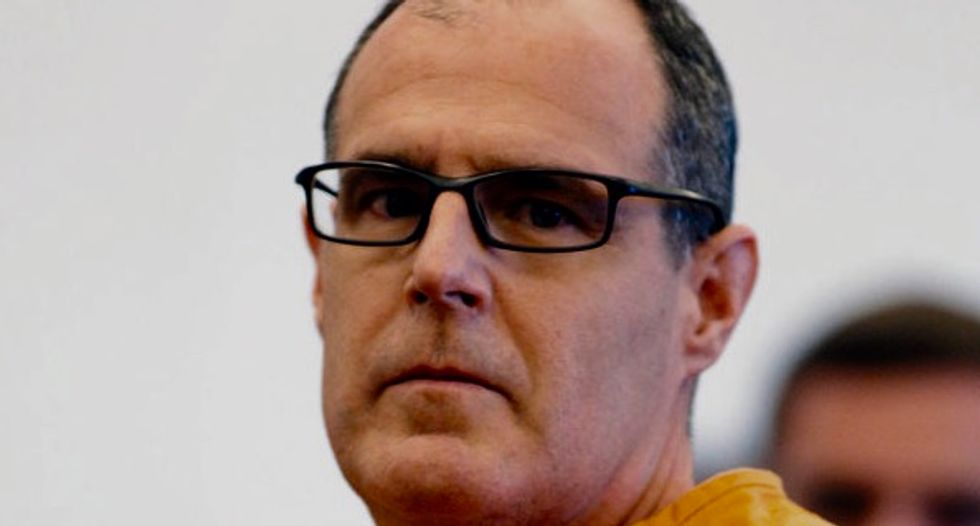 A California on Friday man was sentenced to life in prison without the possibility of parole for the worst mass killing in Orange County history, the 2011 shooting deaths of eight people at a hair salon where his ex-wife worked.

Scott Dekraai, 47, was spared the death penalty after a judge ruled in August that serious misconduct by prosecutors had violated his rights to a fair trial.

Dekraai was locked in a custody battle with his ex-wife, Michelle Fournier, when he walked into Salon Meritage carrying three guns and opened fire.

Fournier was killed in the shop along with six others. Outside, Dekraai fatally shot 64-year-old David Caouette, who was sitting in his sport utility vehicle.

Dekraai was arrested blocks from the bloody scene in the heart of Seal Beach, a community southeast of Los Angeles known by locals as “Mayberry by the Sea” for its bucolic, small-town ambiance.

Dekraai pleaded guilty to eight counts of first-degree murder in May 2014, making him eligible for the death penalty, but the judge took the case away from Orange County prosecutors the following year over accusations that a jailhouse informant was improperly used to wring a confession from him.

The California Attorney General’s office has handled the prosecution since then.