Conservative tells MSNBC Trump can't stop tripping over his own d*ck on Russia: 'That's a problem' 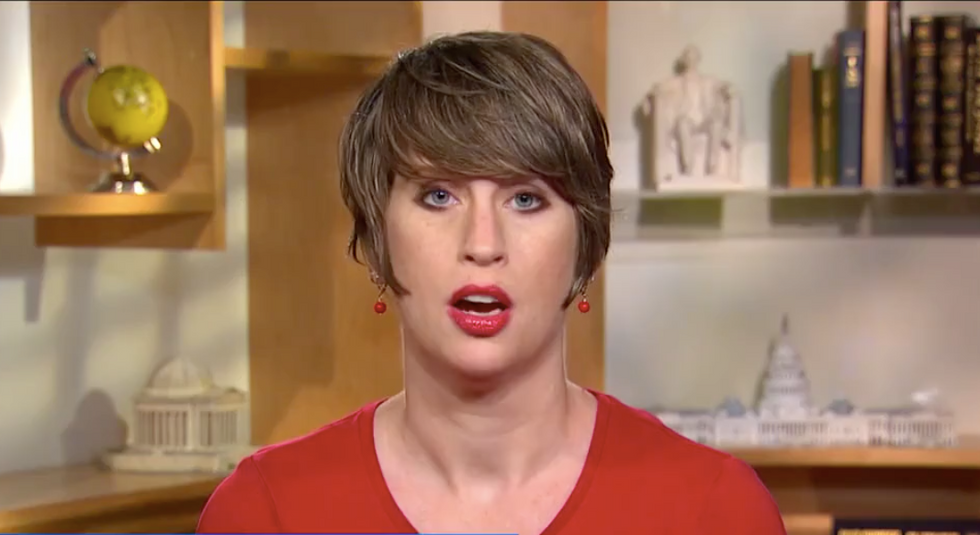 Conservative political strategist and blogger Liz Mair told MSNBC on Sunday that President Donald Trump just doesn't know when to stop talking sometimes and ends up "tripping over his you-know-what" with regards to the charges he is facing regarding Russia and the firing of FBI Director James Comey.

Chances are, Mair said, that Trump has done things -- even inadvertently -- that broke laws just through the massiveness and multifaceted nature of his company. She suggested that the best thing for the president to have done would have been to come clean early on and admit to having properties and a development project in the works for a Trump Tower in Moscow.

"Look," she told anchor Richard Liu, "I don't think it's surprising given what a big economy and big power Russia is, you know, Donald Trump would have wanted to do some sort of property development there, right, that stands to reason. I think what's troublesome about this is, first of all, in order to develop property in Russia, you have to be in good with the Putin regime."

"The other thing is you have the president -- to use a crude term -- having tripped over his own you-know-what by making statements that really indicate that there was nothing there and it turns out there might have been a little bit of something there," Mair concluded. "And that's a problem he has."

On multiple occasions, Trump's off-the-cuff statements have flown in the face of his administration's official position, most notably when he told NBC anchor Lester Holt that he'd fired Director Comey because he was annoyed about the Russia investigation. This came after his surrogates spent days carpet-bombing the media with talking points that Trump had made the dismissal for other reasons.