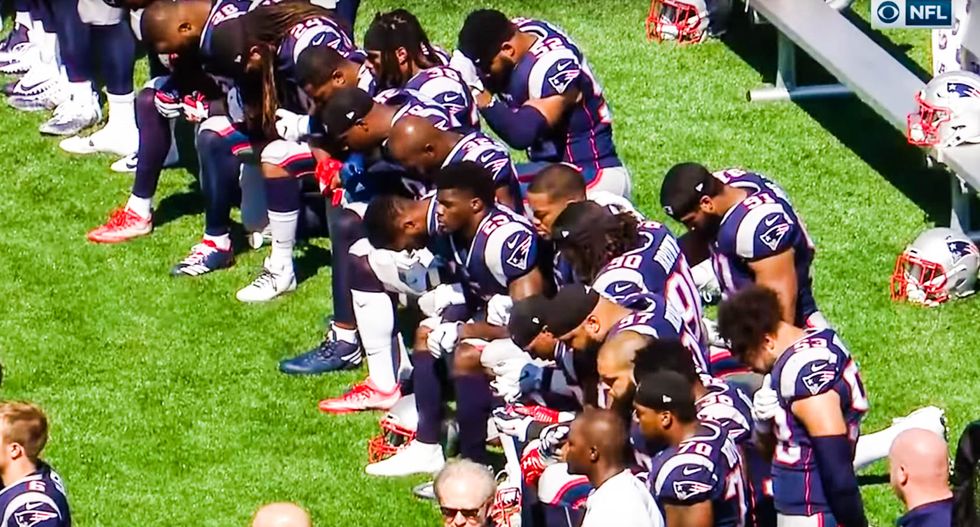 A parks commissioner in the city of Brockton, Massachusetts this week called out Patriots players who knelt during the national anthem on Sunday, and described them as monkeys whose only job is to dance for his entertainment.

The Brockton Enterprise reports that Brockton Parks and Recreation Commission member Stephen Pina this week left a comment on a Facebook story about kneeling Patriots players in which he referred to them as "turds" for taking a knee during the national anthem.

Pina subsequently said that he didn't intend for his "monkey" comment to be taken as racist, despite the fact that the vast majority of the Patriots who knelt during the national anthem this week were black.

"It was not meant to be a racist comment, and if it was taken as such that’s regrettable," Pina said, noting that he's heard the phrase "Dance, monkey, dance!" regularly on local sports talk radio station WEEI.

Phyllis Ellis, the president of the Brockton area branch of the NAACP, said that Pina's excuse for calling black football players "monkeys" didn't hold up, however.

"I think it’s disgraceful," she said. "When a black person hears 'monkey,' that’s racial discrimination. I don’t know what he’s talking about. To use his phrase, he cannot dance around this. It is what it is. It’s racial."