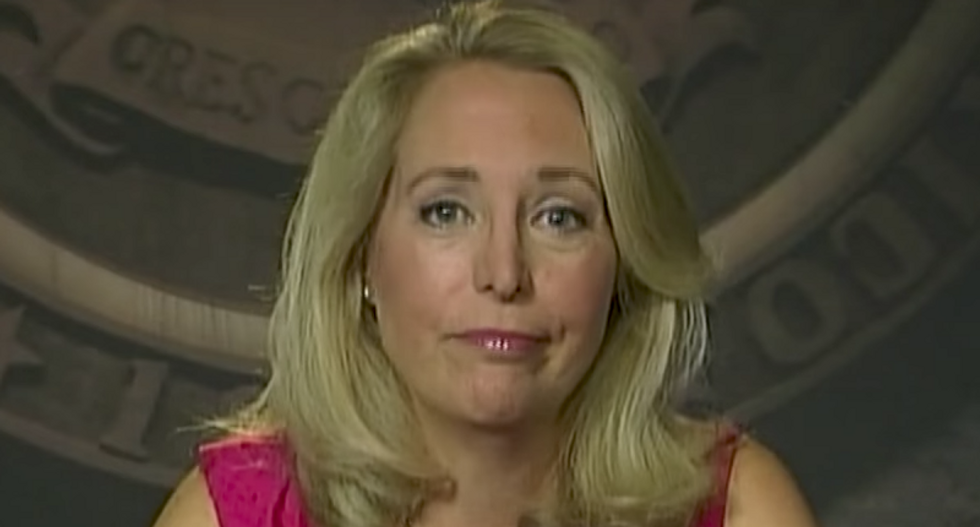 The tweet, which remains active on Plame’s feed as of publishing, links to an anti-Semitic article arguing people of Jewish faith should recuse themselves from “dealing with the Middle East.”

“Jewish groups and deep pocket individual donors not only control the politicians, they own and run the media and entertainment industries, meaning that no one will hear about or from the offending party ever again,” the article reads, adding “they have been very successful at faking the Iranian threat, so much so that nearly all Republican and most Democratic congressmen as well as much of the media seem to be convinced that Iran needs to be dealt with firmly, most definitely by using the U.S. military, and the sooner the better.”

The article goes on to argue that many of the staffers in George W. Bush’s administrations—under which Plame served and had her identity as a covert CIA officer revealed—were neocons who had a “universal attachment to the state of Israel.”

“[Neocons] first rose into prominence when they obtained a number of national security positions during the Reagan Administration and their ascendancy was completed when they staffed senior positions in the Pentagon and White House under George W. Bush,” the article reads. “Recall for a moment Paul Wolfowitz, Doug Feith, and Scooter Libby. Yes, all Jewish and all conduits for the false information that led to a war that has spread and effectively destroyed much of the Middle East. Except for Israel, of course. Philip Zelikow, also Jewish, in a moment of candor, admitted that the Iraq War, in his opinion, was fought for Israel.”

Libby played a prominent role in the Plame Affair, and it’s been widely speculated that he was the person who leaked classified information about Plame to former New York Times reporter Judith Miller. In 2005, Libby was convicted on charges of obstruction of justice, perjury and making false statements stemming from the scandal.

In subsequent tweets, Plame defended her post, imploring everyone to “calm down.”

“FYI, I am of Jewish decent,” she added, later asking people to “put aside [their] biases and think clearly.”