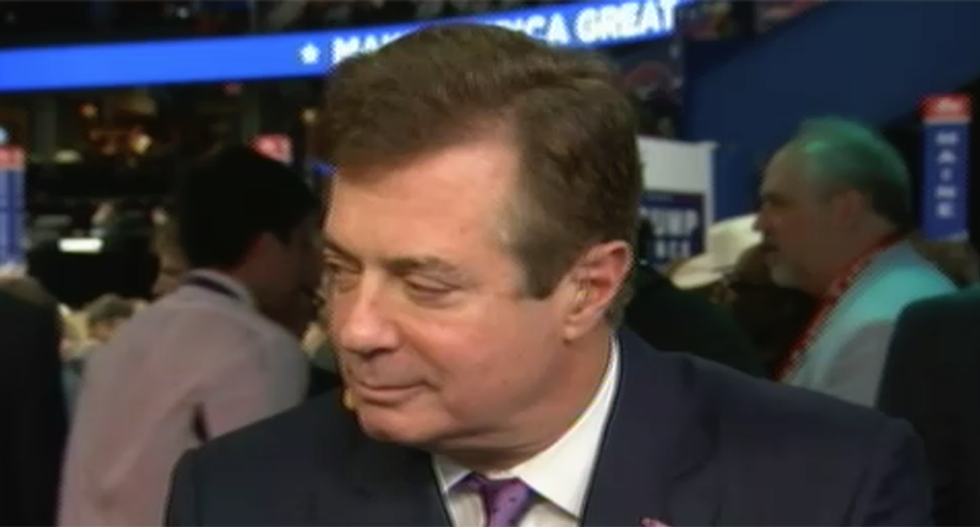 In 2012, former Trump campaign chairman Paul Manafort recruited a New York law firm to help a Kremlin-backed Ukrainian leader get away with jailing his top political rival -- and now that firm is being grilled by the feds.

The New York Times reports that the law firm Skadden, Arps, Slate, Meagher & Flom was recently questioned by federal investigators over its work on behalf of  Viktor Yanukovych, the former Kremlin-backed president of Ukraine, who fled to Russia amid political turmoil in 2014.

"The request comes at a time when Mr. Manafort, his work for Mr. Yanukovych’s party and for Russian and Ukrainian oligarchs as well as the handling of payments for that work have become focal points in the investigation of the special counsel, Robert S. Mueller III, into Russian meddling in the 2016 presidential election, and connections between Russia, Mr. Trump and his associates," the Times reports.

The law firm worked on drafting a report that offered justification for Yanukovych's decision to jail Yulia Tymoshenko, the former Ukrainian Prime Minister Yulia Tymoshenko, whom he defeated in presidential elections in 2010. According to the Times, the final report featured conclusions that "provided a counterpoint to international critics who said that Mr. Yanukovych’s government had prosecuted and convicted... Tymoshenko on corruption charges in 2011 for political reasons and without sufficient evidence."