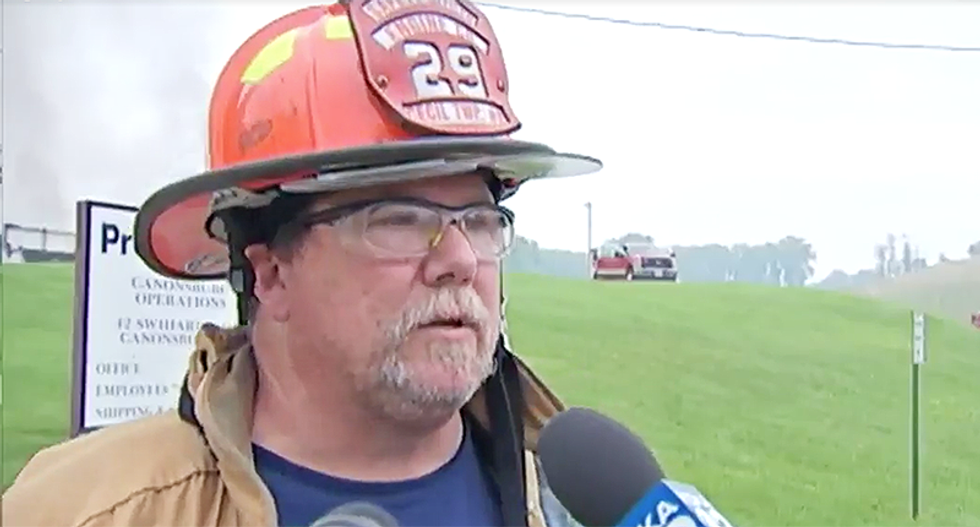 Washington County fire chief Paul Smith has resigned in wake of his use of a racial slur to refer to Pittsburgh Steelers coach Mike Tomlin.

“The media dragged my fire company and township into this as well as my family,” Smith told the Pittsburgh Post-Gazette in a statement.

The Steelers coach explained to the press that he had decided to keep his team in a stadium tunnel to avoid dealing with the controversy surrounding the American National Anthem. Smith then called Tomlin a "no good N***er" on his Facebook page. He then added "Yes, I said it."

He also blamed the media for labeling him a racist.

"I am not the racist the media portrays me as," Smith said.

In an interview with KDKA, Smith said that he regrets the post. However, many online accused Smith of "regretting" being caught.

He says he regrets it, but we all know he just regrets saying it publicly and getting shamed. https://t.co/tdr2lYvWrU
— Lily Herman (@Lily Herman)1506437070.0

“Everyone who represents the township needs to be respectful of all people and this is certainly something we have no tolerance for,” Cecil Manager Don Gennuso said.