Fox host: NFL players must stand for anthem because this is 'least racist country in history of humankind' 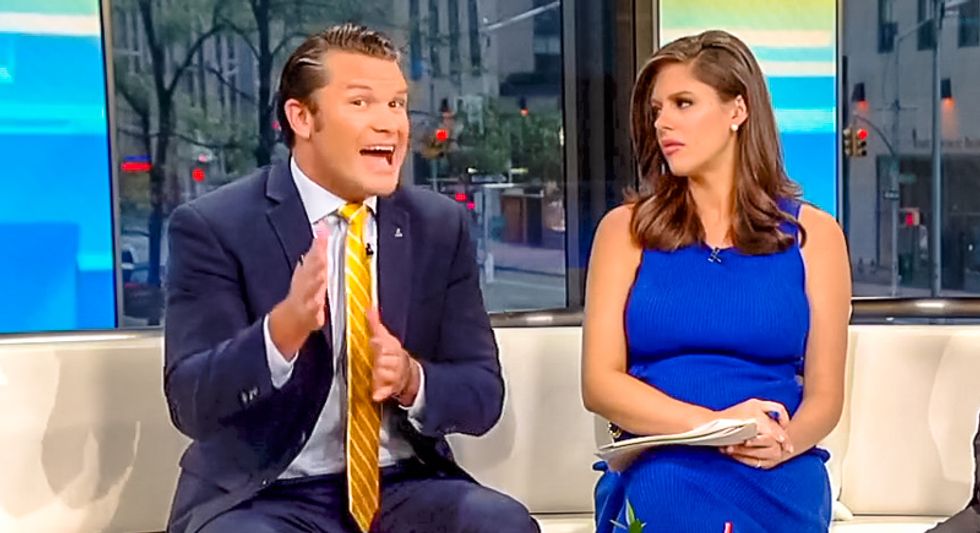 Fox News host Pete Hegseth on Sunday blasted professional athletes across the country for defending their fellow players' right to take a knee during the national anthem.

While speaking at a rally in Alabama on Friday night, President Donald Trump suggested that former San Francisco 49ers quarterback Colin Kaepernick was a “son of a bitch” because he had refused to stand for the national anthem on the grounds that it celebrates slavery and is part of America's history of systemic racism.

"It's infected the NFL and the NBA and and now we see it happen in Major League Baseball," Hegseth opined. "Look at those 12 [NFL] teams immediately putting out a statement calling the president's statement divisive!"

The host continued: "I have to ask, what are we kneeling for at this point? Because you talk about social injustice, this is the least sexist, least racist, most free, most equal, most prosperous country in the history of humankind."

According to Hegseth, players who refuse to stand for the anthem -- and not Trump -- are guilty of taking "divisive action."