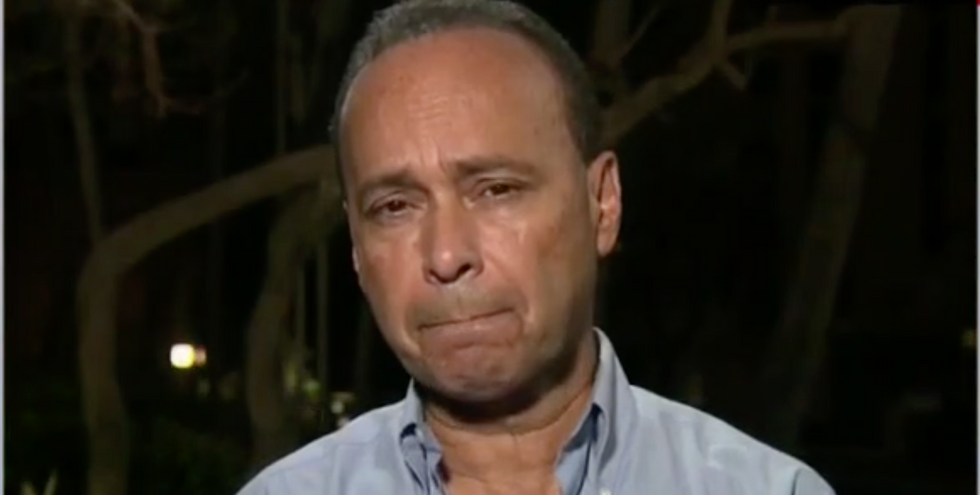 Rep. Luis Gutierrez (D-IL) may not represent Puerto Rico, but his visit to the island territory after Hurricane Maria caused him to break out into tears on live TV all the same.

When asked by host Jim Scuitto how things were on the ground in PR, Gutierrez, who has family living on the island, paused before diving into what he saw.

"They're handing out maybe a bottle of water and one meal to a family of five or six," he explained, "and that was after eight days. Some towns, not even that."

Referencing the president's claim that his administration has done a "great job" responding to the Puerto Rican crisis, Gutierrez was unequivocal in his condemnation.

"I think it isn't a good job," he said, "It's a disgraceful job. The United States of America is the most powerful, wealthiest country in the world, and this is not a response that's demonstrative of our power and wealth.

"I'm tired of the president always talking about how much it's going to cost," he continued. "It's costing lives, Mr. President -of children, and the elderly and the infirm."

Watch his emotional description of the devastation in Puerto Rico below, via CNN.