'It's gonna end with concentration camps': Alt-right executive boasts of a future Europe with Hitler on their money 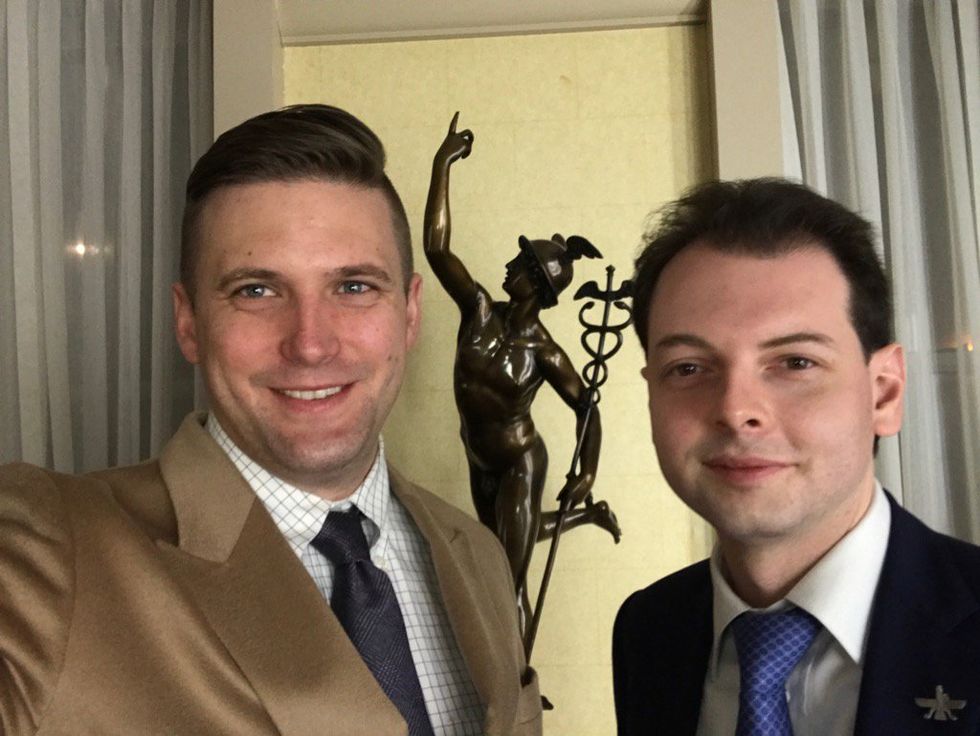 Though many members of the alt-right claim to not be racists or white supremacists, videos recorded by an infiltrator among their ranks proves otherwise.

Patrik Hermansson, a 25-year-old Swede, went undercover to infiltrate the alt-right, creating a fake identity that led him to meetings with some of the group's leaders.

As video Hermansson provided to the New York Times shows, he got one of the group's highest-ranking members -- Alt-Right Corporation board member Jason Reza Jorjani -- to admit his "final solution" for minorities.

"It's gonna end with the expulsion of the majority of the migrants, including [Muslim] citizens," Jorjani told an undercover Hermansson at a pub near the Empire State Building in New York City. "It's gonna end with concentration camps and expulsions and war at the cost of a few hundred million people."

"We will have a Europe, in 2050, where the bank notes have Adolf Hitler, Napoleon Bonaparte, Alexander the Great," he continued. "And Hitler will be seen like that: like Napoleon, like Alexander, not like some weird monster who is unique in his own category — no, he is just going to be seen as a great European leader."

Jorjani also claimed to have connections within the Trump administration, and to even have spoken to the president himself.

"The scary thing about the Alt Right Corp and Jason Jorjani is that they're building a media empire," Hermansson said at the beginning of the video, citing the AltRight.com website Jorjani runs with the help of notorious figures like Richard Spencer.

You can read Hermansson's shocking reporting from the front-lines of the alt-right via the Times, and view video he recorded for British anti-white supremacist group Hope Not Hate below.

For the past year, we’ve been undercover following the alt-right from the UK to USA. Welcome to the inside - https://t.co/nRZDfjnpMU pic.twitter.com/YDEugzIz69