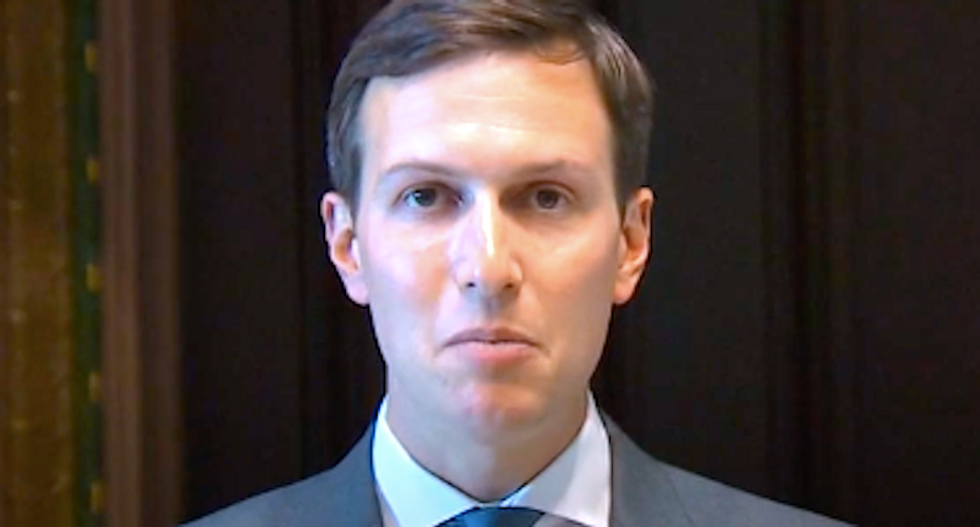 President Donald Trump's son-in-law and senior White House aide Jared Kushner has used a private email account that he set up after the 2016 election to conduct official White House business and to communicate with other staffers, said Politico on Sunday.

"Kushner uses his private account alongside his official White House email account, sometimes trading emails with senior White House officials, outside advisers and others about media coverage, event planning and other subjects, according to four people familiar with the correspondence," Politico's Josh Dawsey reported, adding that reporters have seen and verified about two dozen emails.

This comes after Trump campaigned heavily on "Crooked Hillary" Clinton's use of a private email server during her time as Secretary of State. The president returned to that theme on Friday night when he led a crowd at a campaign rally in a chant of "Lock her up!"

Kushner attorney Abbe Lowell conceded that the president's son-in-law has used a private account to communicate with White House aides, but it hardly ever happened and it was never for business.

“Mr. Kushner uses his White House email address to conduct White House business,” Lowell said in a statement. “Fewer than 100 emails from January through August were either sent to or returned by Mr. Kushner to colleagues in the White House from his personal email account. These usually forwarded news articles or political commentary and most often occurred when someone initiated the exchange by sending an email to his personal rather than his White House address.”

Currently, there is no indication that Kushner shared sensitive or classified information through his personal account, nor that the private account is his primary one. Still, the account was created for Kushner and Ivanka Trump as they prepared to leave New York City for Washington.

Private accounts used for communication between White House personnel are forbidden under the Presidential Records Act, which requires documentation and records of all of the president's personal and political activities.

Pres. Trump himself does not use email because he has never learned how and does not carry a cell phone. His use of Twitter is carried out via dictation to "one of the young ladies" on his office staff.